Could therapies developed to stop cancers be the next breakthrough for neurodegenerative disorders?

As the world population ages, neurodegenerative diseases (eg, Parkinson's disease [PD], Alzheimer's disease [AD], Lewy body dementia [LBD], and amyotrophic lateral sclerosis [ALS] have increasing prevalence. These illnesses take a devastating toll on individuals, their families, and society. It is estimated that neurodegenerative disease affects 5.8 million people in the US, and related care costs are $262 billion annually.1 Although treatments are symptomatic and no disease-modifying treatment has been successful yet, a number of potential breakthroughs are in development. These include targeted monoclonal antibodies (MAbs) and a radical new strategy using the antileukemia tyrosine kinase inhibitors (TKIs) to augment clearance of pathogenic proteins.

After the first clinical trial of nilotinib, a small study without placebo control, initial media coverage was deemed by some as hype or even false hope and led to calls for more careful reporting.2,3 As a result, the science and potential mechanism of TKIs may have been lost in translation. In this article, we focus on the translational research and rationale of ant-α-synuclein therapies being researched.

Abnormal protein folding, termed proteinopathy, is the common denominator of most neurodegenerative diseases. Proteinopathy occurs when a protein with a functional purpose becomes pathologic after a shape change due to misfolding leads to self-association and aggregation in specific brain areas in a prion-like fashion.4 What triggers initial protein misfolding remains unclear and is an area of research.

In PD and related disorders (eg, LBD), the implicated abnormal protein is α-synuclein, a protein that accumulates throughout the central, peripheral, and autonomic nervous system. Accumulation of α-synuclein also occurs in organ systems outside the nervous system (eg, gastrointestinal tract, blood vessels, heart, and skin).5 The structure and function of α-synuclein is still not completely understood; studies have described its role in a broad range of neuronal processes.5,6 In dopaminergic neurons within the substantia nigra, α-synuclein in the presynaptic terminals modulates synaptic vesicle formation, neuron development, axon repair, and transport.6 Misfolded α-synuclein accumulates and becomes toxic to cells when there is an imbalance between production and autophagic removal of the protein. Aggregation and accumulation of misfolded α-synuclein leads to a reduction in the bioavailable form of functional α-synuclein, which is important in the physiologic maintenance of dopaminergic neurons. Consequently, dopamine levels accumulate within the neuronal cytosol leading to the production of oxidative species and oxidative stress.5 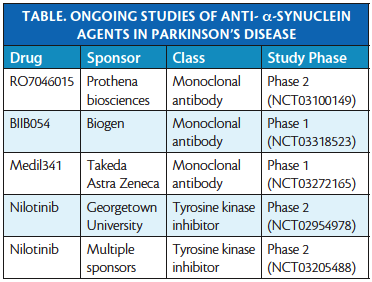 The understanding that widespread neurotoxic α-synucle-in deposition is part of the pathophysiology of PD has triggered significant research efforts to target the protein as a potential therapy. The main focus has been on creating antibodies to α-synuclein to affect protein clearance. Although there have been setbacks6-9 and no successful disease-modifying immunotherapy for PD yet, this remains a very active area of research with multiple clinical trials underway (Table). 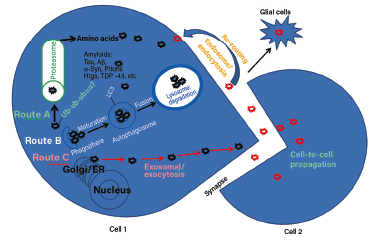 Figure 1. There are 3 cellular protein clearance mechanisms in proteinopathy. These are the ubiquitin-proteosome pathway (A), the autophagocytotic pathway (B), and exosomal exocytois (C).

Another research area is autophagy, the fundamental cellular function for checking protein quality and recycling proteins. The autophagy process is vital to cellular maintainance in combination with lysosomal degradation for cellular clearance of excess and abnormal protein materials (Figure 1).10 Evidence is emerging that autophagy is impaired in PD and may be a mechanism of intracellular accumulation and aggregation of misfolded α-synuclein that leads to cell dysfunction and cell death.11,12

The link between PD and autophagy was initially observed in postmortem examinations that found α-synuclein accumulation in prelysosomal vacuoles of persons who had PD that were not seen in brains of healthy control subjects.13 In genetic PD, the abnormal genes, (ie, leucine-rich repeat kinase 2 [LRRK 2]) are involved in chaperone-mediated autophagy.14 A loss-of-function mutation in parkin leads to an autosomal-recessive form of juvenile-onset PD,15 and is underexpressed in key brain regions of some autopsied subjects with PD and some autopsied subjects with AD. Parkin plays a key role in ubiquitination, the process that labels proteins for autophagy. 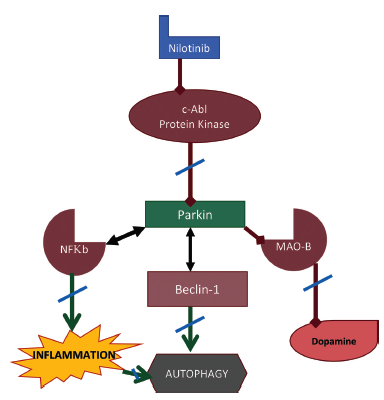 Figure 2. The role of parkin in pathogenesis of Parkinson's disease.

The TKIs, including nilotinib and bosutinib, were developed for treating people with chronic myelogenous leukemia (CML) and competitively bind and inhibit BCR-Abl—the abnormal product of the Philadelphia chromosome that causes CML. This is relevant to PD because TKIs bind both BCR-Abl and cellular Abl (c-Abl). TKIs binding to c-Abl activates parkin and enhances autophagy. Conversely, activation of c-Abl can lead to loss of parkin, decrease in ubiquitination, and PD pathogenesis (Figure 2).16,17 In animal models nilotinib facilitates clearance of misfolded proteins by enhancing autophagy through c-Abl phosphorylation and parkin activation.7,18,19 Overexpressing parkin directly or with TKIs leads to neuronal α-synuclein clearance and vacuole disappearance.13,18

In a mouse model of synucleinopathy, nilotinib crossed the blood-brain barrier (BBB), reduced the activity of c-Abl, and enhanced α-synuclein clearance.18 In another study of animal models of AD, nilotinib and bosutinib administration increased soluble parkin, leading to amyloid clearance and improvement in cognitive function.19 These results paved the way for the clinical trials of TKIs for treating patients with PD.

The first human trial of a TKI for a neurodegenerative disease was a phase 1, nonplacebo-controlled trial in which 12 patients with late-stage PD with dementia or LBD were randomized into 2 groups; 1 group received 150 mg nilotinib daily and the other received 300 mg daily. Both groups were treated for 24 weeks and the drug was safe and well tolerated. It was also demonstrated, through analysis of participants' cerebrospinal fluid (CSF), that nilotinib crossed the BBB. Although higher doses of nilotinib appeared to result in higher concentrations of the drug in the CSF, the ratio of levels in CSF:plasma was higher in patients given 50 mg of nilotinib versus those given the 300 -mg dose, leading to similar levels of CSF c-Abl inhibition. Data from this study suggest that nilotinib may stabilize CSF α-synuclein levels in patients with PD, but the lack of a placebo group and small sample size makes measurements difficult to interpret.20

CSF levels of homovanillic acid (HVA), an end-metabolite of dopamine (DA), which are typically low in patients with PD—a reflection of their low DA stores—were markedly elevated 2 months after treatment with nilotinib compared to patients' baseline levels and this was sustained 6 months after treatment, despite discontinuation of the MAO-B inhibitor rasagiline. This suggests that nilotinib may play a role in increasing DA levels via several proposed mechanisms, including increasing DA synthesis by increasing α-synuclein levels,18 inhibiting MAO-B and attenuation of DA breakdown by activating parkin activation,18,21 or inhibiting astrocytes that modulate MAO-B activity.22

Participants in the study experienced improvements in their Unified Parkinson's Disease Rating Scale (UPDRS) I-IV scores by an average of 3.4 points and 3.6 points compared to baseline measures after 6 months (week 24) of treatment with 150 mg per day and 300 mg per day of nilotinib, respectively. These scores returned to baseline after treatment ended. Patients also had improved cognition as measured by an increased scores on the Mini-Mental States Examination (MMSE) after 6 months of treatment with 150 mg or 300 mg per day of nilotinib. Although the small cohort and lack of placebo control make it difficult to interpret these data, further investigation seems warranted.

There are 2 phase 2 trials of nilotinib underway (Table). Clinical studies with other TKIs, including bosutinib and radotinib, that have been promising in preclinical studies are also expected to begin.

Although the future of disease-modifying therapy for patients with PD remains uncertain, ongoing studies are exploring multiple promising avenues for clearing α-synuclein and arresting disease progression. These include targeted immunotherapies and using TKIs to enhance autophagy. Other areas being investigated (eg, the glucagon-like peptide 1 receptor agonist, exenatide) hold the promise of restorative therapy. While these therapies remain in the early stages of research, their potential success may usher in a new era of disease-modifying treatment for patients with PD, and potentially other neurodegenerative diseases.

CE-HM is listed as an inventor on a Georgetown University intellectual property patent to use tyrosine kinase inhibitors for the treatment of neurodegenerative diseases. The authors report no other relevant financial or other relationships.

Laxman B. Bahroo, DO

Real-World Use of Wrist-worn Neuromodulation Treatment of Essential Tremors