Intervention and Prevention: The State of Care and Research in Alzheimer's Disease

Several promising threads in research and policy are paving the way for much needed therapeutic interventions.

When the US budget was approved in April, those in the Alzheimer’s disease (AD) treatment and research community were delighted to learn that it included an increase of $400 million in funding for Alzheimer’s disease research at the National Institutes of Health (NIH). This takes the total NIH funding for Alzheimer’s research to approximately $1.4 billion per year. Although an improvement over past funding levels, the overall money devoted to AD research is modest considering the massive impact of AD on the US economy. By comparison, cancer is funded at roughly $9 billion per year and has a smaller impact on the economy.

Neuropsychiatric symptoms are among the most burdensome and distressing of all symptoms of Alzheimer’s disease. They have measurable negative impact on QOL for both patients and caregivers, and they are a common cause of institutionalization. We have no drugs currently approved for neuropsychiatric symptoms in AD, however there has been progress in treating agitation in AD. Positive trials in a number of agents (e.g., dextromethorphan/quinidine, brexpiprazole, citalopram) suggest that this will be a manageable aspect of the disease. In addition, the positive trial for the treatment of psychosis in AD with pimavanserin also suggests that delusions and hallucinations may become more treatable with further research. Similarly, a trial investigating apathy in AD suggests that this disabling symptom may eventually be controllable.

Together, these trials indicate that neuropsychiatric symptoms are likely to be treatable with available or emerging agent. Control of these disabling symptoms will have a substantial benefit for patients and caregiver QOL.

Industry funding for AD is also limited. An important contributing factor to industry’s reluctance to invest in AD is that drug development for AD has been especially challenging. Since 2002, the failure rate of clinical trials for AD has been in excess of 99 percent. This has led many major manufacturers to exit the AD space in favor of more successful drug development programs. In fact, the number of major companies active in AD research has decreased from around 30 to less than 10 over the last 10 years.

While clearly more funding and awareness is needed in the realm of Alzheimer’s research, the current moment in which we find ourselves is nevertheless full of great promise. Many new research threads have emerged in areas related to biomarkers, therapeutics, and Alzheimer’s disease pathology, making this an exciting time in AD research.

Among the major developments in AD research is that we have learned that the disease actually starts much earlier in life than we had appreciated previously. With contemporary imaging, amyloid is detectable in the brain approximately 15 years before the onset of symptoms. This completely revises our concept of AD from being a late-life disease to being a mid-life disease that becomes symptomatic in late-life. The ability to identify proteins in the brain with brain imaging such as amyloid and tau PET imaging also allows us to conduct trials that are aimed at preventing or delaying the onset of cognitive symptoms.

Biomarkers will also impact how we diagnose AD, allowing us to identify the disease when it has no or minimal symptoms. Moreover, we can do it with biological precision that has heretofore been lacking. We will be able to define both amyloid burden as well as the tangle burden of AD, and under optimal circumstances this information will help to guide therapeutic choices and monitoring. [Editor’s note: Click here for more discussion of how biomarkers will impact diagnosis.]

These advances will have direct implications for the practicing neurologist. Our ability to detect the disease early will carry with it the responsibility of early and accurate detection with referral to clinical trials (see sidebar on next page) or introduction of treatment as new therapies evolve.

By helping us redefine AD, these innovations will play a critical role in our understanding of new therapeutics and disease modification, possibly leading to new opportunities for intervention. In most clinical trials, disease modification is defined as a slowing of clinical decline in concert with a beneficial impact on biomarkers that characterize an underlying fundamental disease process. Amyloid imaging may guide the use of amyloid-directed therapies, while tau imaging may guide the use of tau-directed therapies. Together these biomarkers may lead to combination therapies that have a biological rationale.

Biomarkers will also help to measure the long-term impact of therapy in terms of determining if the drugs we are testing have effective target engagement. We have not previously had these intermediate targets that are highly informative in terms of the pharmacology of these agents. Biomarkers of this type are likely to be used in many therapeutic programs and are expected to amplify the success of AD drug development.

As the future unfolds, the use of biomarkers will be much more common as they become more widely available and less expensive, hopefully ushering in a new era of precision medicine.

Intervention, Prevention, and the Future of Alzheimer’s Research

Despite the diminishing number of companies funding AD drug development, the therapeutic pipeline holds a great deal of promise. At this juncture, roughly 100 drugs are in clinical trials for AD, many of which are in advanced stages, including several monoclonal antibodies. One agent that has generated interest is aducanumab, a monoclonal antibody directed at several forms of amyloid protein. Findings from the preliminary PRIME trial documented removal of insoluble or plaque form of amyloid and a substantial decrease in rate of clinical decline in patients treated with the highest dose.

Clinical trials are also ongoing in a number of enzyme inhibitors that decrease the production of amyloid. If these agents are introduced early enough in the clinical course, we are hopeful that they will modify the disease process and allow people to function at a higher level for a longer period of time. There has also been definite progress in new drugs for the treatment of neuropsychiatric symptoms for AD, with positive trials for both agitation and psychosis in AD (See sidebar below). Finally, there are ongoing trials in cognitive enhancing-agents that promise to improve cognition above baseline in symptomatic patients.

Surveys indicate that a majority of patients would either participate in a clinical trial or at least would like information about clinical trials to allow them to make an informed decision about participation. However, very few patients are referred to clinical trials. In fact, low recruitment and referral rates are a major factor slowing the development of new drugs for AD. An inspection of the currently active clinical trials on clinicaltrials.gov indicates a need for over 53,000 individuals to be participating in clinical trials. To reach that goal, it is necessary to develop alliances among clinical trial centers, referring neurologists, and primary care providers, as well as with patients and their families.

While referring physicians often fear their patients will not return after a clinical trial, most sites can offer assurances that their interest is exclusively in the trial participation and not in providing principal care to those referred. Physicians may also be concerned about the possible assignment of their patient to a placebo group. While a certain number of patients will be on placebo in clinical trials, at least 50 percent of referred patients will receive active medication. Moreover, there is no other way to give access to experimental medications. It’s also worth noting that many clinical trials have an open label extensions after completion of double blind period, during which patients are guaranteed to be on an active treatment agent.

For these reasons, physicians should pursue alliances among community-based physicians and clinical trial sites to accelerate drug development for AD.

As the scope of therapeutic interventions expands, it is becoming clear that the field is diversifying. As interest and investment increases, there are trials in disease modification, symptomatic therapies, and cognitive enhancement. Devices, such as focused ultrasound, and stem cells are also entering clinical trials.

There are several major prevention programs currently being implemented globally, including a study of a large Columbian family that harbors an AD-causing mutation. Other studies are underway to evaluate similar patients that have a variety of mutations that cause AD, while other inquiries are focusing on patients who are without cognitive symptoms but have demonstrable burden of the amyloid protein of AD in their brains. These studies are very novel, and we have little experience with these populations, or their rates of progression.

While new tools to capture cognitive changes that occur in these patients over time are in development, trial-wide experience is lacking. Similarly, an impact on biomarkers is predicted to measure the effects of therapy. We have very little experience with biomarkers in these populations or with these medications.

The number of medications being tried in early prevention trials is relatively small and we have limited experience with them. For all of these reasons, prevention trials must be seen as high-risk but essential to advancing overall AD therapeutic regimens. Our experience with many diseases suggests that early treatment and prevention of disease is more easily achieved than treatment of patients when the brain disease is more advanced.

Beyond the clinical-research realm, there are several major organizational initiatives that are important and likely to reshape the field of AD. One is the Global Alzheimer Platform (GAP), which is organizing a network of clinical trial sites that are highly efficient. The network will have certified readers that are accredited by a closely monitored review who can collaborate with the GAP enterprise to receive highly characterized patients that will accelerate recruitment. In addition the Alzheimer’s Association’s trial match program is active in referring patients to clinical trials. Additionally, the National Institute on Aging (NIA) will award a new Alzheimer Clinical Trial Consortium (ACTC) grant that will facilitate the execution of clinical trials by academic investigators and biopharma scientists. Moreover, in Europe, a corresponding prevention of AD initiative is brewing in concert with Global Alzheimer’s Platform (GAP) and will allow worldwide clinical trials to be implemented. These organizational and policy initiatives will assist and accelerate AD drug development.

We are hopeful that further increases in the NIH budget will be forthcoming to assist in the development of new targets for AD therapies and new candidate therapies that can eventually be tested in trials and made available to patients more broadly.

With continued activity at the policy level, an improved funding environment, and the emergence of new biomarkers, there is a palpable sense that momentum is gathering in AD research and drug development. 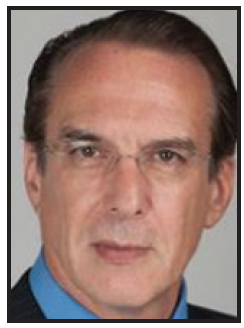