Clarifying the Role of Amyloid Burden in Vascular Cognitive Impairment

New evidence suggests that amyloid burden plays a role in the progression of vascular cognitive impairment, particularly in older patients.

In a study published last year in Neurology, researchers investigated the effects of baseline amyloid burden and small vessel disease markers in cognitive decline in 61 patients.3 All patients had dementia, mild focal neurological signs from cerebral vascular disease and moderate to severe subcortical white matter hyperintensity. Ages of the patients ranged from 50 to 85 years old. All had brain MRI, Pittsburgh Compound B (PIB) amyloid PET scan, and detailed neuropsychological testing. Cognitive testing included the MMSE and clinical Dementia Rating Scale, and MMSE had to be greater than 10/30. In the three-year study, six patients had an acute stroke (three territorial and three Lacunar), three died during the follow-up period, and seven scored below 10 on MMSE. These cases were not considered dropouts but reached endpoints of the study. Fifty-nine patients were treated with antiplatelet agents and one with an anticoagulant.

In total, 21 patients tested PIB+ (positive) on PET scan and 34 cases were PIB- (negative). The PIB+ group was older and were more likely to be APOE4 carriers. This study controlled for age, sex, education, and APOE4 allele. The PIB- group had increased lacunar infarcts, but all groups had the same vascular risk factors. In the three-year follow-up, the mean rate of MMSE decline was 1.63 per year for PIB+ patients and 0.48 per year for PIB- patients. Using the Clinical Dementia Rating Scale, the PIB+ patients had a 1.87 per year decline, while the PIB- patients had a 0.40 per year decline. This translated cognitively in the PIB+ cases to faster decline in digit span backwards, copying complex figures, and delayed recall. The PIB- group only experienced a steeper cognitive decline in digit span forward and oral word association. More importantly, the clinical dementia rating scale did not show major declines in PIB- cases as they did in PIB+ cases. In the three-year follow up, only six cases that were all PIB- had strokes (territorial and lacunar). No cases had an intracerebral bleed.

Despite the small number of cases, this longitudinal study strongly suggests that progressive cognitive decline in patients with small vessel disease despite treatment with antiplatelet agents and common stroke risk factors, is primarily driven by amyloid burden or the synergistic effects of amyloid and vascular burden. These results were echoed in another recent study, as well.4

Evaluating amyloid burden in vascular cognitive impairment may be necessary for treating and explaining more rapid cognitive decline and the use of anti-amyloid agents should be studied in these and other cases to see if effective in treatment.

The exact mechanism is unclear. PVWMH in the occipital region of the normal control group and frontal PVWMH in both groups suggest other likely causes of cognitive decline due to arteriosclerosis and decreased cerebral perfusion as evidence of decreased perfusion on SPECT imaging. FDG PET hypometabolism was associated with PVWMH in regions of the brain vulnerable to amyloid accumulation (angular gyrus, temporal lobe and posterior cingulate). Quantifying PVWMH could identify those with increased amyloid distribution and accelerated cognitive decline. This study also suggests that removing amyloid in many areas of the brain could improve or slow cognitive decline in vascular cognitive decline. It also suggests that those with little to no amyloid should be more and more aggressively treated with appropriate anticoagulants and aggressive treatment of stroke risk factors.

Another pertinent study looked at subcortical vascular dementia and MCI in both clinical and radiological features and cognitive function in both early onset (<65yrs) and late onset (>65yrs) patients.6 The study was the first of its kind, and the investigators’ hypothesis was that the early onset vascular cases versus late onset cases show distinct changes and cognitive function related to their distinct pathologies. They studied a total of 196 cases with subcortical vascular cognitive impairment (72 with MCI, 124 with dementia). The two entry criteria were:

Adding to these findings, amyloid burden has been shown to accumulate with age and can lead to moderate to severe temporal lobe and hippocampal atrophy.7 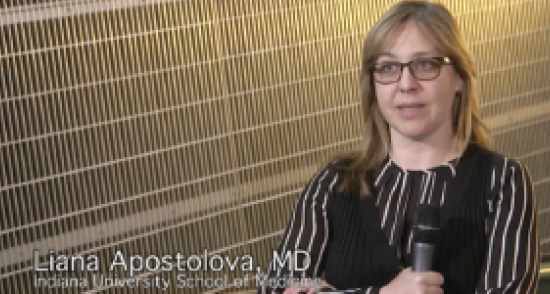 At the recent Annual Meeting of the American Academy of Neurology, several speakers gave updates on the newest developments in dementia. As part of our video coverage of the meeting, Liana Apostolova, MD shared insights regarding the newest in vivo methods to detect AD pathology in the brain. In particular, she discussed how these new biomarkers might help physicians understand the heterogeneity of neurodegeneration and improve therapeutic outcomes.

Visit PracticalNeurology.com to watch the interview.

The Role of Amyloid burden

It strongly appears that amyloid burden plays a role in vascular cognitive impairment especially in patients 65 and older, more in the posterior regions of the brain (parietal occipital), which is more likely to present with memory impairment with much less frontal executive dysfunction. All cases of SCVI regardless of age need to be treated aggressively with vigorous control of risk factors, exercise, challenging brain activity and antiplatelet or anticoagulants as needed. There is accumulating evidence that Vitamin D deficiency, elevated homocysteine, and untreated obstructive sleep apnea lead to increased strokes. These disorders in addition must be aggressively searched in each patient and appropriately treated.

Unfortunately amyloid PET scanning is not currently covered by any insurance carrier or Medicare/Medicaid because of the cost and because strict criteria for its use has not been presented. Amyloid PET scanning appears to have benefit in separating AD from frontal temporal dementia, cortical basal degeneration and progressive supranuclear palsy, which are relatively pure Tau disorders. Clearly there is a role for amyloid PET scanning in SCVI as presented in this paper and amyloid burden clearly has an effect on prognosis.

Until Amyloid PET scanning is approved, we as clinical neurologists need to be aware of worsening prognosis in some of our SCVI patients over 65 and greater PVWMH in the posterior regions which very likely have increased amyloid burden. Patients under 65 and PVWMH predominantly in the frontal lobe will likely have a better prognosis and slower cognitive decline with aggressive treatment.

Removal of the amyloid burden in these cases has not been done but when available will hopefully improve prognosis in many of these patients with SCVI and amyloid PET scanning will be needed to quantitate amyloid burden. We know from the recent past that AB42 inhibitors (beta secretase) removed the burden of amyloid verified at autopsy, but did not lead to clinical improvement because the disease was far too advanced. We don’t know for sure the outcome of this approach in SCVI, but hopefully if given as early as possible it will improve prognosis in some of our vascular cognitive impaired patients. n 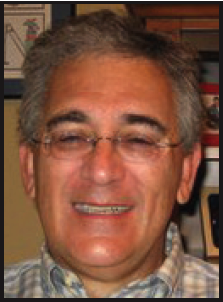 Stroke as Initial Manifestation of Neurosyphilis in an HIV Positive Patient