In-Focus: Catching Up to Alzheimer's Disease

Recent data suggest that amyloid-β peptide (Aβ) may play a protective role in innate immunity and that infectious or sterile inflammatory stimuli may drive amyloidosis. Investigators presented in vivo data showing that Aβ expression protects against fungal and bacterial infections in mouse, nematode, and cell culture models of Alzheimer’s disease (AD). They showed that Aβ oligomerization, a behavior traditionally viewed as intrinsically pathological, may be necessary for the antimicrobial activities of the peptide. “Collectively, our data are consistent with a model in which soluble Aβ oligomers first bind to microbial cell wall carbohydrates via a heparin-binding domain,” the authors wrote. Importantly, developing protofibrils inhibited pathogen adhesion to host cells, while propagating β-amyloid fibrils mediate agglutination and eventual entrapment of unatttached microbes. “Consistent with our model, Salmonella Typhimurium bacterial infection of the brains of transgenic 5XFAD mice resulted in rapid seeding and accelerated β-amyloid deposition, which closely colocalized with the invading bacteria,” the authors noted. They concluded that the findings suggest a dual protective/damaging role for Aβ similar to other antimicrobial peptides. 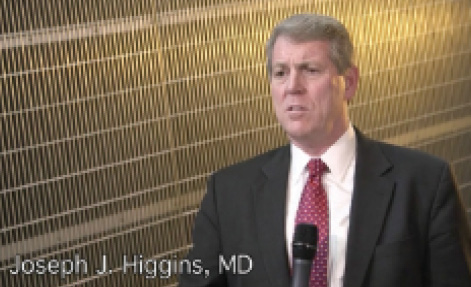 “As time goes on and more data is being collected… Big Data will be able to look at patterns. Pattern recognition is something doctors do everyday, but not at this scale. The larger the scale, the more insights you’ll gain into the diagnosis.”

As part of Practical Neurology®’s video coverage of the American Academy of Neurology Annual Meeting in Vancouver, BC, Joseph Higgins, MD, Medical Director of Neurology for Quest Diagnostics and the CLIA Laboratory Director for Athena Diagnostics in Marlborough, Massachusetts, discussed the relevance of integrative diagnostics within the spectrum of neurogenomic medicine as well as Alzheimer’s disease. Dr. Higgins offered a glimpse of what the future of research and care may look like with the adoption of this model.

Eli Lilly and Company expanded its “Community Conversations on Alzheimer’s” series with a recent panel discussion at the US Conference of Mayors meeting in Indianapolis, IN. Community Conversations is part of the Alzheimer’s Readiness Project, an initiative aimed at inspiring action by fostering a deeper understanding of the disease, its evolving science, and the public health crisis it poses. Since its inception in 2012, local Community Conversations events have sparked action in 13 cities across the country. In 2016, events will be held in Santa Clara, CA, Philadelphia, Atlanta, and Miami, with additional cities planned.

Panelists included Indianapolis Mayor Joe Hogsett, Randi Chapman from the Alzheimer’s Association, Malaz Boustani, MD, professor of medicine and research director at the Indiana Center for Aging Research, and Mike Simmons, DBA, director of advocacy and professional relations at Lilly. Moderated by Phyllis Ferrell, vice president and head of Lilly’s Global Alzheimer’s Disease Platform Team, the panel discussed how local governments can prepare for the fiscal and social impact of Alzheimer’s disease in partnership with healthcare and advocacy communities.

Lifetime-acquired loss of chromosome Y (LOY) is associated with risks of both Alzheimer’s disease and cancer, new research suggests. Men have a shorter life expectancy compared with women but the underlying factors are not clear. While many germline inherited variants have been found to influence the risk of developing AD, data has recently shown that a fundamentally different genetic variant (i.e., LOY in blood cells) is associated with all-cause mortality and an increased risk of non-hematological tumors and that LOY could be induced by tobacco smoking. Researchers tested a hypothesis that men with LOY are more susceptible to AD and hoped to show that LOY is associated with AD in three independent studies of different types. In a case-control study, males with AD diagnosis had higher degree of LOY mosaicism, the authors noted. Then, in two prospective studies, men with LOY at blood sampling had greater risk for incident AD diagnosis during follow-up time. They concluded that LOY may have an impact on disease processes in other tissues, possibly via defective immunosurveillance. These findings may help to explain why males on average live shorter lives than females.

In a recent study published in the May edition of the Journal of Alzheimer’s Disease, the ADx nanoparticle demonstrated the ability to carry an encapsulated agent across the blood-brain barrier and bind precisely to amyloid plaques in the brains of test mice. Researchers were then able to obtain precise, high-resolution images of those plaques using ordinary MR equipment. These results, along with successful preliminary toxicity studies, have prompted Alzeca to accelerate the development and testing of ADx with the goal of beginning human clinical trials in 2018. In May, the company was awarded a $322,000 grant from the Alzheimer’s Drug Discovery Foundation (ADDF) to fund the next phase of testing of ADx in canine subjects.

According to the Alzeca, successful development of ADx would make early and reliable Alzheimer’s testing available to millions at a significantly lower cost. Additionally, Alzeca is exploring the potential of the underlying platform of ADx, which can be modified to bind to different targets in the brain. With these modifications, the platform could be used to image and diagnose other serious neurodegenerative diseases as well as a drug delivery system for those diseases. n

To improve the public’s understanding of the disease and to underscore the need for swift action, the Alzheimer’s Association highlighted essential truths aimed at curbing common misconceptions about AD with its “Uncover the Truth” campaign throughout the month of June. June was deemed Alzheimer’s & Brain Awareness Month.

The Alzheimer’s Association encouraged individuals to show their support for people living with the disease by participating in the Longest Day (held on June 20), a sunrise-to-sunset event to honor those facing Alzheimer’s disease with strength, heart, and endurance. The group also encouraged individuals to join the Association in wearing purple throughout the month and to share photos of family, friends, and co-workers wearing the movement’s signature color, using the hashtag #ENDALZ. 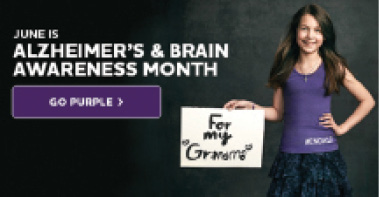 A Primer in Neuropsychological Assessment for Dementia