Cognitive impairment after acute stroke is likely under-appreciated despite its impact.

As described in Part 1 of this article series, cognitive impairment after acute stroke represents a very real source of disability for many stroke survivors, resulting in decreased capacity for employment, increased risk of dementia, and poorer overall survival. Further, cognitive function is regarded by most patients and families as being of paramount importance, and represents an important determinant in their assessments of outcome following stroke.1 These deficits are not always appreciated clinically, an observation that is supported by the recent report of multidomain neuropsychological impairment in 60 subjects regarded as having “good functional outcome” after stroke.2 While very important in its own regard, cognitive impairment following stroke is also an independent predictor of poor functional outcome one year after acute stroke.3 The identification, definition and study of vascular dementia (VaD) and vascular cognitive impairment (VCI) represent important advances in the treatment of cerebrovascular disease (CVD).

Part 1 reviewed the diagnosis and pharmacological management of VCI. Ahead is a look at Complementary-alternative medicine compounds and secondary prevention strategies.

Citicoline (cytidine-5’-diphosphocholine) has been studied in animal models of brain ischemia and trauma, with findings that suggest some neuroprotective properties of citicoline. Two recent, large clinical trials failed to demonstrate benefit in ischemic stroke and traumatic brain injury. However, citicoline may possibly be beneficial in slowly advancing neurodegenerative disorders such as glaucoma and mild vascular cognitive impairment.4 The IDEALE study, assessed the use of oral citicoline for nine months in patients with vascular MCI demonstrated stabilization of cognitive scores compares the decline noted in the controls.5 The positive effects on mood likely derive from the increase in noradrenaline and dopamine levels in the brain.

Ginkgo biloba extract is a widely used complementary-alternative medicine compound that has been recommended in many countries for treatment of “cerebral insufficiency.” The medicinal qualities of gingko biloba are hypothesized to relate to a combination of effects including reducing blood viscosity, reduction of oxygen free radicals, and the platelet activating factor inhibitory properties.6 One small trial enrolled 71 people with vascular cognitive impairment. These authors reported a possible benefit in cognitive functioning, neuropsychiatric symptoms and functional abilities.7 The results from this small trial require further investigation and validation. A Cochrane review determined that although ginkgo biloba appears to be safe, with no excess side effects compared with placebo, the existing trials used unsatisfactory methods, were small, and publication bias could not be excluded. The available evidence regarding ginkgo biloba as a treatment for dementia or cognitive impairment was regarded as “inconsistent and unreliable.”6 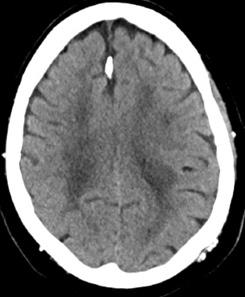 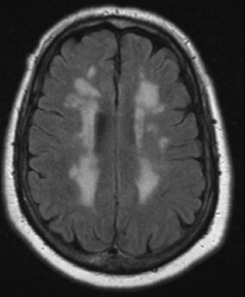 Several recent randomized controlled studies (Syst-Eur, PROGRESS, and HYVET-Cog) have demonstrated various anti-hypertensive regiments with robust prevention of cognitive decline.13-15 Calcium-channel blocker regimens for the treatment of hypertension reduced the incidence of dementia by 50 percent.13 Perindopril and indapamide had stronger protective results for reductions in the risk of dementia with recurrent stroke and cognitive decline with recurrent stroke.14 The Study of Cognition and Prognosis in the Elderly (SCOPE) trial was a double-blind, placebo-controlled trial designed to assess candesartan based therapy in reduction of cardiovascular events, cognitive decline, and dementia.16,17 Their analyses found no significant difference between the treatment and placebo groups in terms of cognitive outcomes. Similarly the HYVET-Cog substudy looked at whether treatment of hypertension in patients aged 80 years of age or older reduces the incidence of dementia, vascular dementia, and AD.15 Again, no significant differences were found between treatment groups in the proportion of patients developing cognitive decline, AD, vascular dementia, or all-cause dementia. The authors combined these results with those from the PROGRESS, Syst-Eur, and SHEP studies in a meta-analysis, reporting a pooled ratio of borderline significance.

Hypercholesterolemia is a well-recognized risk factor for stroke, however statin use has not demonstrated appreciable effect on VCI or dementia.18-20 The effects of glycemic control on cognitive function and structural brain changes have recently been assessed in a prospective study.21 Initial results have demonstrated that higher A1C levels are associated with poorer cognitive function in individuals with diabetes.22 The final results have yet to be published.

The protective effects of aspirin for heart disease and as a secondary preventive treatment for stroke are well-documented. Many epidemiologic studies have identified stroke and heart disease as independent risk factors for cognitive decline or dementia. It would stand to reason that daily aspirin use could reduce the risk of cognitive decline through reduction of cardiac and CVD, and that this effect should be larger in people having higher risk of stroke. Indeed, several longitudinal studies of community-dwelling elderly reported a protective effect of low-dose aspirin on cognitive test scores and risk of dementia.23-25

Other longitudinal cohorts have not replicated these findings. Several large, nationally-based cohorts found no relation between daily aspirin use and cognitive change over si to nine years of follow-up.26-30 In fact, one analysis found an increased risk of vascular dementia among aspirin users which was no longer evident after statistical consideration of prior cardiovascular disease, suggesting the result may be explained through “confounding by indication.”31 Finally, a five-year RCT of low-dose aspirin in middle aged to elderly people having moderately increased cardiovascular risk reported no association between cognitive decline and aspirin use.32

In summary, cognitive impairment after acute stroke is important and is likely under-appreciated, despite its real impact on functional recovery and on outcomes that are important to patients, such as the ability to return to work. Preliminary evidence has suggests that cognitive recovery does occur, although the case series and samples analyzed leave many questions unanswered. There is currently no FDA approved or standard treatment for VCI. Of the medications studies as symptomatic treatments, the cholinesterase inhibitors have the best evidence to support their use, but recent studies have demonstrated possible effectiveness of other memantine, anti-depressants, and herbal supplements. Although several trials have demonstrated positive effect on cognitive measures, most have failed to show improvements in global functioning, activities of daily living and quality of life. From a prophylactic point of view, controlling the vascular risk factors may mitigate disease progression, although data supporting this relationship have provided conflicting results. Among the many studies conducted, control of hypertension seems to have the most reproducible positive impact on vascular cognitive impairment.

Alicia M. Zha, MD and Brendan J. Kelley, MD are members of the Department of Neurology at The Ohio State University.

17. Lithell H, Hansson L, Skoog I, et al. The Study on COgnition and Prognosis in the Elderly (SCOPE); outcomes in patients not receiving add-on therapy after randomization. J Hypertens 2004;22:1605-1612.

Out With the Old, In With (Mostly) the Old