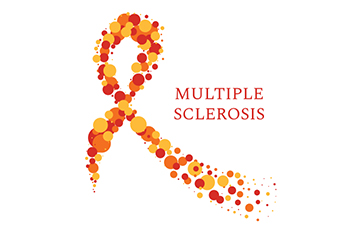 What Is Multiple Sclerosis?

Multiple sclerosis, often called MS, is an autoimmune disease of the nervous system. As in all autoimmune diseases, in MS, the body’s own immune system attacks the body—in this case, the brain, spinal cord, and optic nerves.

Most of the time (9 out of 10 times), MS is a relapsing-remitting disease, which means it comes (relapse, new symptoms develop over course of days to weeks) and goes (remission, symptoms improve, and may even completely resolve). Symptoms of an attack include fatigue (being tired all the time), mental fog or confusion, tingling in the hands or feet, pain in the hands or feet or all over, a sensation of tightening/a pain all around the belly or chest known as the MS Hug, weakness in limbs, difficulty walking, or sudden blurriness or loss of vision in one eye. Because the symptoms vary so much, people may or may not see a doctor during their first attack. The first attack may not be recognized as sign of MS and diagnosis of MS is often delayed by a few years.

With time and continued attacks, or relapses, symptoms become more severe and worrisome, interfering more with activities of daily living.

The more aggressive form of MS, primary progressive MS, is a continuous disease progression that gets worse with time without any–or very few–clear-cut relapses; this occurs in only 10% of people with MS.

Eventually, people with relapsing-remitting MS may begin to accumulate disability similar to patients with primary progressive form of MS. This is called secondary-progressive MS.

How Can a Doctor Tell If You Have MS?

There is not a single simple test to tell if a person has MS. Instead, physicians use a combination of understanding symptoms, neurologic examination signs, typical lesions on MRI of brain and spinal cord, and markers of inflammation in the spinal fluid that surrounds the brain and spinal cord.

A neurologist will do a physical and neurologic examination, testing your reflexes, vision, eye movements, walking, and balance. He or she will also ask questions about the nature and timing of symptoms including:

The doctor may order blood tests – mainly to exclude conditions that may mimic MS, brain and spine imaging, and a lumbar puncture (also known as spinal tap) to obtain spinal fluid for analysis. The spinal fluid test will look for oligoclonal (ah-li-go-klo-nal) bands in the spinal fluid that are a sign of brain inflammation. Brain imaging will look for one or more areas where the myelin, or white matter, in the brain has been damaged, called lesions.

If clinical symptoms, spinal fluid findings, and brain imaging are all consistent with MS but this is the first occurrence and there is only 1 or no brain lesions, the attack is considered clinically isolated syndrome, which is a way of saying probable MS without evidence of multiple relapses. If there is evidence that more than one attack has occurred from previous and current symptoms and having two or more separate lesions, a diagnosis of multiple sclerosis can be made.

How Is MS Treated?

Medications for multiple sclerosis slow the disease process, making relapses less frequent and less severe. There are 16 medications for MS, each with a unique set of risks, benefits, and side effects. The best choice of medicine is different for each individual and should be discussed with the doctor. Evidence shows that the earlier MS treatment is started, the more the disease process is slowed. The older injectable medications are about 30% effective in decreasing relapses (on average). Newer medications, given with IVs in a hospital or clinic, are about 80% to 90% effective.

Even with treatment, relapses may still occur. These can be mild symptoms that don’t keep a person from going about their typical activities. They can also be disabling enough to keep a person from functioning at home or at work. Disabling attacks are a sign that the nervous system has inflammation, which can be treated with corticosteroids. Plasma exchange, in which blood is filtered to remove proteins that might be causing the attack can be helpful when corticosteroids don’t stop an attack or with severe attacks.

Physical and occupational therapy are also useful for treating any problems that continue after an attack or in between attacks. For patients who continue to have difficulty with walking, grip, upper arm strength, vision, or other symptoms, it is important to share these with the doctor who can prescribe these therapies.

How Can People Live Well with MS?

The most important thing a patient with MS can do to live well is to work with their physician to start a treatment plan early. It is important for patients to ask about the risks and benefits of any medicine. Other options should also be discussed. Patients should work with their doctor to build a treatment plan they can follow and should not change how they take the medicine without talking to the doctor.

People with MS should not smoke. There is evidence that smoking speeds up brain atrophy and disease progression in MS.

There is no diet proven to improve MS or relapses, but there is evidence that the Mediterranean diet promotes brain health. People with MS often have deficiencies in vitamin D, so it can be a good idea to talk to the doctor about getting enough of this vitamin. There is good evidence that exercise and healthy living habits have a very positive effect on overall quality of life in MS. Staying physically and socially active has many additional health benefits as well.

People with MS are more likely than the average person to have depression and anxiety, both of which can be made worse by the mental fog or confusion that can sometimes be a symptom of MS. It can be beneficial to talk with your doctor about sadness, depression, confusion, and anxiety that may be a part of the disease and not just a reaction to it. Consider seeing a mental health professional or attending a support group.

Discussing Pregnancy for Women With MS

There is an expanding spectrum of neurologic disease caused by antibody-mediated inflammation that is also seen during childhood.

The scope of child neurology and available treatments for children is expanding.

About The Cover Artist

Are the changes a step forward or a step back?

Cladribine is an effective oral treatment for multiple sclerosis with potential for long-term remission.

AntiCD20+ agents are among the highest efficacy treatments for multiple sclerosis.

Sphingosine-1-phosphate modulators may act through more than just inhibition of neuroimmune and neuroinflammatory effects of multiple sclerosis.

Ready for prime time as a biomarker for multiple sclerosis or not?

Is 1.5 T MRI still relevant for diagnosis of multiple sclerosis?

Ibudilast is a phosphodiesterase inhibitor that has shown some benefit for progressive multiple sclerosis in a phase 2 trial.

Diagnosis should be re-evaluated when clinical situations change.

The advent of oral therapies has ushered in a new phase of disease-modifying treatments.

New Drug Application for Ponesimod Was Submitted to FDA 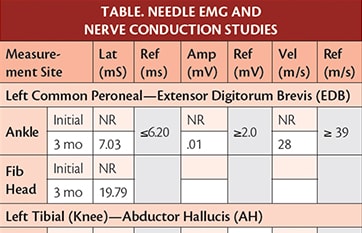 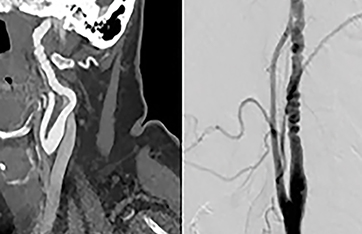 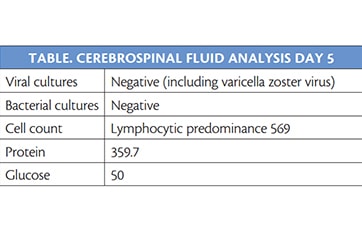