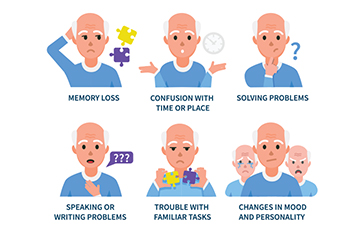 What is Alzheimer’s disease?

Alzheimer’s disease is a brain disorder that causes problems with memory, thinking (cognition), and behavior. All 3 of these areas worsen with time as damage to brain cells accumulates, which is why this is considered a neurodegenerative disease.

Almost 1 in 5 people over age 65 have some problems with memory, called mild cognitive impairment. This is usually normal aging but can also be an early sign of Alzheimer’s disease. It is a good idea for people having memory problems to talk to their doctor about it. When problems with memory and thinking interfere with a person’s ability to handle daily activities on their own, they have dementia. Alzheimer’s disease is the most common cause of long-term, or chronic, dementia.

Other causes and types of dementia exist but these are less common than Alzheimer’s disease. Usually, people with these other types of dementia have other symptoms that help determine if the problem is Alzheimer’s or something else. For example, in dementia with Lewy bodies, people have hallucinations or are “seeing things” before memory problems develop. To identify the cause of dementia, a doctor will ask about all symptoms and how they developed over time. This is why it can be important to bring a family member or close friend who has known you for some time to a doctor visit if you are worried about memory problems.

How Will the Doctor Know it Is Alzheimer’s Disease?

If you, your family members, or your family doctor are concerned that forgetfulness is interfering with your daily life, it is a good idea to have an evaluation. A family doctor may use screening tests including the Mini-Mental State Exam, the Animal Naming Test, the Montreal Cognitive Assessment, or other tests to show you don’t have a problem. Some studies suggest results are more accurate when at least 2 screening tools are used.

If after screening, a doctor is not able to reassure you that you don’t have dementia, it is a good idea to see a neurologist. The neurologist will do a physical exam plus tests of neurologic function, including testing your reflexes, eye movements, walking, and more. A neurologist will ask questions about your memory problems and how those interfere with your life. She or he may also order imaging of your brain with CT or MRI and recommend a neuropsychologic evaluation.

The neuropsychologic evaluation measure several areas of cognition. It can be used to determine if a person is slower than the average person in understanding or using information. If the evaluation shows that cognitive problems are present, the neurologist may order more tests to determine if any other problem is causing them. If no other cause can be found, Alzheimer’s disease is accepted as the cause.

How is Alzheimer’s disease treated?

There are many treatment options to help with the symptoms of Alzheimer’s disease.

There are two classes of drugs that can decrease or stabilize memory loss, confusion, and problems with thinking and reasoning. The first is the cholinesterase (ko-lin-est-er-ase) inhibitors and the second is memantine, which is used in the later stages of disease. How well these treatments work is different in every person. There is some evidence that taking a cholinesterase inhibitor with memantine is beneficial and a combination of these medications is available.

These methods may not be enough to achieve healthy and satisfying sleep for people with Alzheimer’s. Bright light therapy and use of melatonin before bedtime may be helpful. Sleep-inducing medications are used only when all else fails because they can increase confusion and are known to increase the risk of falling.

In the early stages of Alzheimer’s disease, people may have increased irritability, anxiety, and depression. These behavior changes are not just a reaction to the disease; they are part of the disease. Patients and caregivers should discuss these symptoms with their health care team. Usually the team can determine why the problems are happening and offer an appropriate choice from the many existing therapies available.

Later in Alzheimer’s disease, people may become aggressive, agitated and angry. They may be very emotional and have outbursts. Sometimes they have hallucinations (seeing, hearing, or feeling things that are not real) and delusions. Help is available for caregivers and patients when these symptoms occur, including reminiscence therapy (using photos to engage in pleasant memories), social groups, support groups, support groups, art therapy, music, and movement therapy. If problems with confusion, aggression, agitation, hallucinations, and delusions become severe enough, a physician may consider prescribing antipsychotic medications.

Treatments for memory and thinking, sleep, and behavior do not slow or stop Alzheimer’s disease and there is no cure yet. There is an enormous amount of research happening and there are many opportunities for patients and caregivers to help themselves and others by taking part in this research.

Most of us forget to take care of ourselves sometimes. Because Alzheimer’s interferes with memory, it is even likelier that people with Alzheimer’s will forget to take care of themselves. Most people with Alzheimer’s disease eventually need others to care for them. Needing care doesn’t mean not living well. Similarly, being able to give care doesn’t mean the caregiver is doing well or doesn’t need care too.

Care plans for people with Alzheimer’s can include nutrition, exercise, social activities, medication, and safety. It is important that people take their medicines as directed and not make changes without talking to the doctor who prescribed them.

A group of patients and patient advocates also made seven recommendations for caring for people with Alzheimer’s to help them live well:

Tips for caregivers are also useful and include:

7 Ways to Enable a Person with Dementia

Consensus Guidelines for Diagnosis and Management of Alzheimer's Disease

Alzheimer Disease Risk May Be Measurable in Adolescence and Early Adulthood
Alzheimer's & Dementia
07.30.20

Neurologists need to have a palliative care skill set.

Who can take us seriously when we are so far from who we once were?; Everything she did and loved, everything she was, required language. -Lisa Genova, Still Alice.

The Women Neurologist Group and the Alliance for Advancement of Neuroscience Advocate for Continued use of Telemedicine
06.24.20

Modified workflow and adapted examinations for teleneurology can aid earlier diagnosis and treatment for most cognitive disorders.

Alzheimer Disease Risk May Be Measurable in Adolescence and Early Adulthood 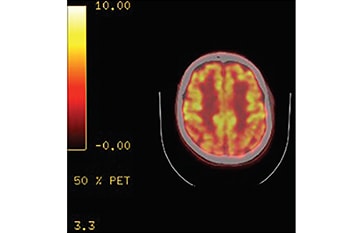 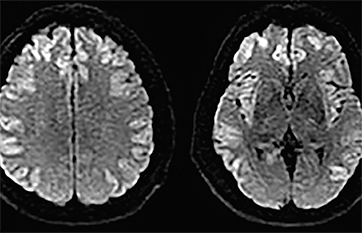