In the FREEDOM study (NCT03201900), a phase 3 open-label study, perampanel (Fycompa; Eisai, Woodcliff Lake, NJ) was used as monotherapy to treat study participants, age 12 years or more, who were newly diagnosed with partial-onset seizures with or without secondary generalized seizures. For those treated with 4 mg/day and 8 mg/day of perampanel, the seizure freedom rates were 64.6% and 77%, respectively.

In the PROVE study (NCT032008660), a phase 4 retrospective analysis, it was found that 48.1% of people who started adjunctive treatment with perampanel continued using it 24 months later. During months 10 to 12 and 22 to 24, the median 28-day seizure frequency reductions from baseline were 75% and 89.4%, respectively. Treatment-emergent adverse events (TEAEs) were seen in 41.3% of participants. Serious TEAEs occurred in 4.6% of participants and included 15 deaths (7 unknown causes, 2 from neoplasms, 1 from cardiac arrest, 1 drowning, 1 respiratory distress, 1 respiratory failure/unknown, and 1 from seizure). The most common TEAEs that led to discontinuation were aggression, irritability, and dizziness.

Post hoc analysis of data from the FAME study (NCT02726074) an open-label single-arm phase 4 study was also presented. These data showed that when perampanel was given as the first adjunctive treatment for study participants, age 12 years or more who had partial-onset seizures with or without secondary generalized seizures, they had a 50% responder rate of 80%, and seizure freedom was attained by 47.1%of participants. Sample size for each drug combination is small and should be interpreted with caution (Table). 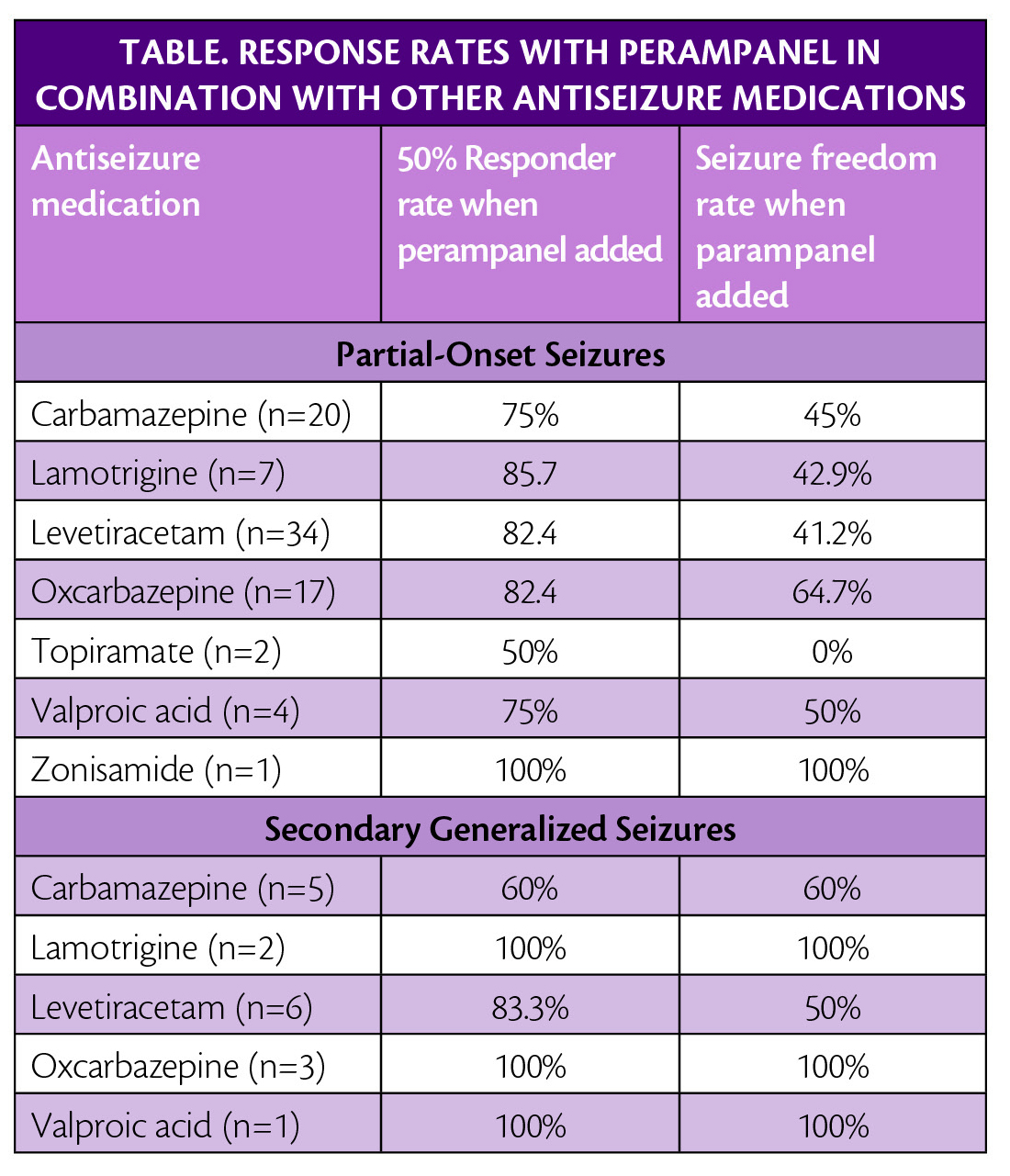 Manoj Malhotra, MD, “Based on the data presented at the American Epilepsy Society annual meeting, perampanel is not only a potential choice for newly diagnosed patients with partial onset seizures, but also as an adjunctive therapy for people who are taking another antiseizure medication that is working, but perhaps not as well as they need or would like.”