All headaches require a full workup for secondary causes.

Mr. R is a right-handed man, age 39, with unremarkable past medical history. He consulted the neurology team for a second opinion regarding new-onset headaches that began 3 weeks earlier. Mr. R describes the pain as a generalized pressure with an intensity of 5 to 6 on a scale of 1 to 10; he states the pain lasts only a few seconds and is triggered by head movement. For approximately 4 weeks, he has been experiencing intermittent “whooshing” sounds in his left ear, independent of movement. He becomes dizzy when going from seated or supine positions to standing (orthostatic dizziness). Both his headache and tinnitus decrease in frequency with supine positioning. Self-treatment with over-the-counter ibuprofen provides no relief. Mr. R reports no antecedent head or neck trauma, recent illness, history of headaches, or having similar symptoms before the last 4 weeks. He has no accompanying symptoms such as neck pain, nausea, or vomiting.

Before presenting to the neurology team, Mr. R was evaluated by the otolaryngology team (2 weeks earlier). The report from that visit shows a normal examination and normal audiogram. A brain MRI with and without contrast was done, and the report describes diffuse dural enhancement on T1 with contrast. A complex arachnoid cyst left of the falx cerebelli and a developmental venous anomaly of the right cerebellar hemisphere were also noted. Findings of Mr. R’s neurologic examination were normal, and spine MRI was ordered.

The MRI findings of diffuse dural enhancement strongly suggested a diagnosis of spontaneous intracerebral hypotension (SIH). Mr. R’s headaches, although orthostatic are atypical for headaches associated with SIH, however. Typically, headaches associated with SIH are more frequent with positional change but do not require head movement for pain to occur. Mr. R does not have other common associated symptoms of SIH, such as neck pain, nausea, or vomiting. His orthostatic dizziness and tinnitus are also unusual in SIH and may be due to stretching of the eighth nerve or pressure changes in the perilympathic fluid of the inner ear.

Mr. R did not return for treatment or follow up. It is possible that his SIH resolved spontaneously.

Arising from leakage of cerebrospinal fluid (CSF), SIH almost always stems from a leak in spinal dura mater, mostly at the thoracic or cervicothoracic junction.1 Underlying connective tissue disorders can lead to dural weakness and leaks.2 Approximately 25% of cases are due to ventral dural tears associated with calcified thoracic disc herniations or osteophytes. Recently, CSF–venous fistula (between the CSF and paraspinal veins) has been identified as a cause of SIH.3 Minor trauma or an inciting event, such as sex or sneezing, can cause leaks though rupture of spinal epidural cysts, perineural cysts, or cause a tear in the dural nerve sheath. The annual incidence is 5 per 100,000, and occurrence is twice as frequent in women.

The most common presenting symptom of SIH is orthostatic headache that is variable in character, ranging from dull and focal pain to generalized and incapacitating pain. Other headache patterns include a nonorthostatic chronic daily headache, paradoxical headache that is worse when supine and better when upright, thunderclap headache, and intermittent headaches. The headache of SIH can also mimic primary cough or exertional headache.

The most common associated symptoms, seen in approximately 50% of cases, are neck pain, nausea, and vomiting. Other associated symptoms include tinnitus, vertigo, dizziness, visual changes, photophobia, and unsteady gait. Rare complications include parkinsonism, quadriparesis, and a decreased level of consciousness or even coma.3 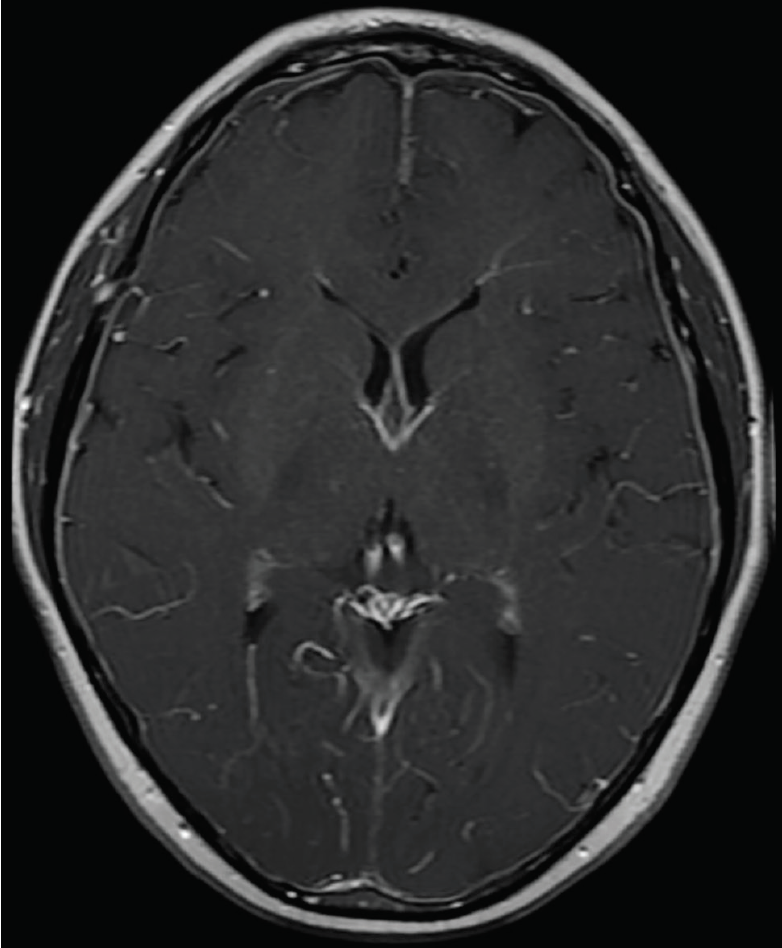 For patients that present acutely, conservative measures, including bed rest, oral hydration, and caffeine (200-300 mg 2 or 3 times daily) may be sufficient.5,6 For those who are unresponsive to conservative treatment, epidural blood patches are needed; this is true in approximately 50% of cases and some individuals may need as many as 4 to 6 blood patches. The patch may be given at the thoracolumbar junction or lower lumbar area, or at the cervical or thoracic spine if the site of the leak is found. An infusion of 10 to 20 mL of autologous blood may be tried for the first patch. Subsequent patches, when needed, should be 20 to 100 mL given at least 5 days apart. When the site of the leak is not found, epidural patching with fibrin glue can be done and is effective for the approximately one-third of patients for whom epidural blood patches are ineffective. Neurosurgical intervention may be considered for those with a clearly identified source of the CSF leak that is refractory to multiple epidural blood patches.

A frequent (> 50%) complication of CSF leak closure with epidural blood patching or surgical closure is rebound intracranial hypertension, in which CSF pressure increases above normal levels and leads to a new type of headache that can be mild to severe in intensity and may become worse when recumbent or be nonpositional. Nausea and blurry vision may occur; however, papilledema is often absent. Symptoms of this potential complication may be brief or persist for weeks to months and can be treated with acetazolamide or topiramate.

With variability in the headaches and associated symptoms, SIH is often under-recognized, with a mean time of 13 months before correct diagnosis is reached.7 It is important that SIH be considered in the differential diagnosis for every person with headache, even those who have atypical presentations. Early recognition can prevent unnecessary suffering, and full recovery often occurs with conservative treatment or epidural blood patches.

This case is reproduced with permission from the Texas Neurologic Society’s newsletter, Broca’s Area.