Providing regional education is a way for epileptologists to be part of a solution.

I recently had the opportunity to travel to Tanzania to help train EEG technologists and build the Neurodiagnostics Laboratory in Muhimbili National Hospital in Dar es Salaam (Figure). In Africa there are an estimated 0.03 neurologists per 100,000 people.4 The estimated population of Tanzania is 61 million people, according to the United Nations, and there is a single pediatric neurologist, Dr. Edward Kija. During my time in Muhimbili National Hospital, I was able to attend clinic with Dr. Kija, round with residents in training, and work with technologists in the laboratory. The experience highlighted some of the disparities in epilepsy care I have previously known only from published literature. To begin with, as I noted, there are very few neurologists in Tanzania. During my visit, I was told there are 5. There is no such thing as a subspecialty neurologist. This, as you may imagine, leads to profound difficulty in access to care. A person we saw in clinic during my visit had been brought by his parents across a distance of 300 km for evaluation of repetitive spells of abnormal movements concerning for seizure. After their visit and initial assessment, the parents were given a cost estimate for testing and medications necessary to treat their son. Upon hearing the estimated cost, they declined care and left the hospital. This, I was told, is not uncommon. Fortunately, for this family, an exception was made to provide treatment, but this case was uncommon in that regard. 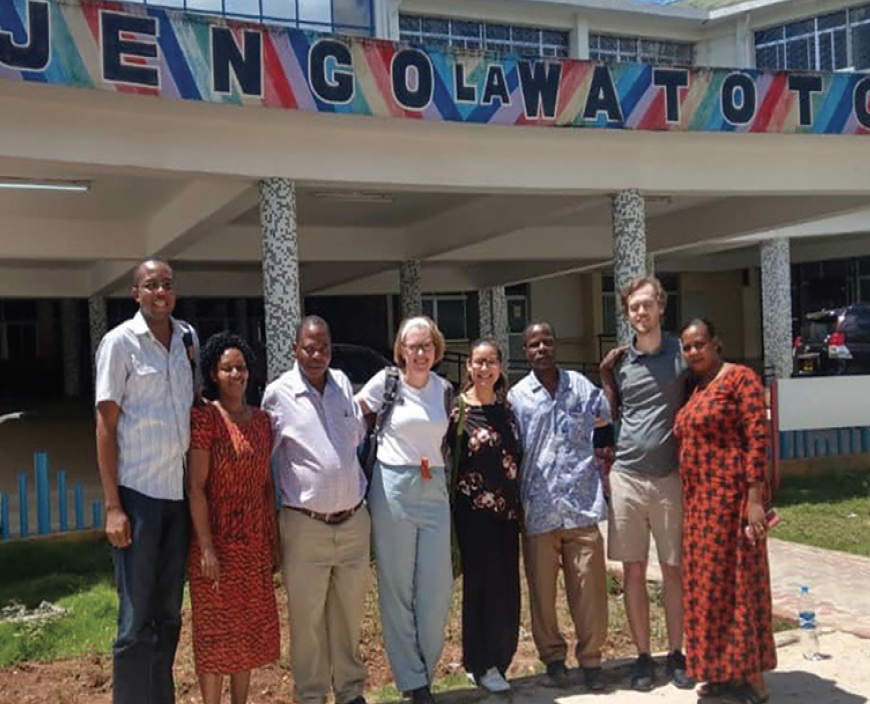 In Tanzania, both on the ward and in clinic, diagnostic and therapeutic options are limited. Medications available are limited to carbamazepine, phenobarbital, phenytoin, and valproic acid. In some circumstances, for a rather significant cost, levetiracetam and lamotrigine may be available. More than once I was asked how treatment would be provided in the US, only to spend several minutes detailing a therapeutic option that the residents in training in Muhimbili would have no hope of being able to provide for their patient. Imaging with CT in the hospital can be arranged fairly easily but is often too expensive for a patient and family. The availability of EEG in Muhimbili National Hospital is similarly limited. With support, however, from hospital administration, a physician champion in Dr. Kija, and a technologist champion in John Chiawa we achieved some modest successes in the past year. They now have 4 functioning older model donated machines of different platforms and are able to provide routine studies. They do not yet have enough capacity to offer overnight or extended studies. Their EEG technologists are not yet certified but are actively working in weekly training sessions and with an online curriculum to become certified. Further growth at this time is dependent on outside funding sources who can provide training and equipment for free. Our ongoing efforts continue to be hindered by obstacles, such as older equipment, language barriers, and logistics such as time zones and distance.

Yet with a broader view, care in Muhimbili is superior to that elsewhere in the country. Dr. Kija told us that reliable electricity at the hospital is a priority, and no significant outages occurred while we were there. Internet access was also readily available, although bandwidth was unpredictable. Electronic medical records were available and used in clinic. Perhaps most importantly, the medical personnel—residents and technologists, alike—were hungry for education. We spent hours in lectures and discussion regarding proper EEG recording techniques as well as care of people with epilepsy. And this I hope, is the key to lasting change in Muhimbili—working with the local staff to give them access to tools and training to help them do the very difficult work they are doing a little better.

Future Plans—How to Address the Gaps

Disparity in epilepsy care is a multifaceted problem with aspects that require financial, logistic, political and educational interventions to improve. Most neurologists are not in a position to resolve or even address many of these issues. Education, however, is something we can begin to address. Local training in regional settings will likely be a key feature in bridging the epilepsy treatment gap. Thought leaders have recommended increased training of local neurologists preferably in regional settings.5 Training in regional settings is considered more appropriate because although training in other countries may be useful, it is suboptimal because diseases and resources are not representative of what trainees will experience when they return.5 Additionally, training in regional settings decreases the risk of “brain drain” wherein talented health care workers leave their country of origin for the one they trained in. An example is The European Federation of Neurological Societies (EFNS) and The World Federation of Neurology (WFN) holding several regional teaching courses for continuing medical education in neurology, beginning in 2008, free of charge to qualified attendees. Through teleconferencing, much education or consulting can be done remotely, although this does require relatively robust internet service, which is not always available. There are also several public health programs that hold promise to help decrease the incidence of epilepsy such as the Helmet Vaccination Program aimed at decreasing traumatic brain injury due to motor bike injury. Similarly, campaigns to prevent infections that may result in central nervous system injury will hopefully have a positive impact on epilepsy. Overall, the burden of epilepsy is much higher in areas with less access to health care and specialty care. Continued efforts to bring about changes in education and available resources will be required to being to bridge the epilepsy treatment gap.

Headache Horizons: Attack of the TACs!