Rising Drug Prices and the Cost of Care: What Can Physicians Do?

The multiple sclerosis drug market offers a snapshot of a growing problem. Physicians should speak out on behalf of the specialty and their patients.

If there is one area in the health care world on which folks of all political and professional backgrounds can form a consensus, it is that the cost of medical care is high. But when does that cost become too high? At what point will the scales tip so heavily in one direction that physicians can no longer deliver the care patients require?

Among the many variables contributing to soaring health care prices is the cost of medicine, which has risen dramatically in recent years. The impact of this trend has been felt particularly in neurology. Since the introduction of the first disease modifying therapy (DMT) for multiple sclerosis (MS) in 1993, the market has expanded to 15 DMTs in nine different categories. These drugs vary in mechanism of action, route, efficacy, and side effects.

Given the number and varieties of available therapies, physicians should be able to individualize treatment and deliver optimal care to our patients with MS. Although the first drug entered the market costing roughly $10,000 per year, the median price of a DMT for MS is now about $83,000 per year. This high cost of DMTs places significant limits on physicians’ responsibility to offer the best possible care to these patients.

This article examines various factors contributing to the increasingly unsustainable trend of rising drug prices (particularly in the MS spectrum) and considers ways physicians can combat it.

One of the consequences of the spike in drug prices is that a number of other players have emerged to take on important roles in the health care fray. Increasingly, third-party payers, specialty pharmacies, and pharmacy benefit managers are taking up the role of gatekeepers and placing restrictions on the use of high-cost drugs.

To manage rising costs, insurance companies negotiate preferred pricing and volume rebates. Price structures are often determined by the rebates achieved if a company can hit a certain volume. A company that can establish a long-term contract with a manufacturer can then guarantee a stable price for that period, and stability is significant given that the price of some drugs increases multiple times in a single calendar year. By limiting the number of preferred drugs, insurance companies can increase volume and subsequently receive a larger rebate.

Many third-party payers have implemented step therapy measures to guide treatment selection according to the most cost-effective routes. Physicians and patients are limited to a select number of treatment options (i.e., those that have been successfully negotiated between the payer and the manufacturer) for which insurance companies will authorize coverage. If preferred drugs are inappropriate for a given patient, physicians and their staff often must expend great effort to obtain special permission to gain approval for the desired drug. In addition to waiting periods of 30 days or more for preauthorization, internal processes at the medical practice to complete and submit the required paperwork are often cumbersome to staff and physicians, potentially causing greater frustration and delays for patients.

As a model, step therapy is fundamentally counterintuitive to the shared decision-making practices at the core of the physician-patient relationship. Autoimmune diseases such as MS tend to be very fluid, therefore, physicians need to work with patients to select an optimal treatment regimen based on disease activity, expectations of disease progression, and patient preferences regarding route of administration. Insurance companies deny that they are telling physicians what medication to prescribe, but denial of coverage for expensive drugs limits choices and interferes with shared decision-making.

The motivation for implementing cost control measures is debatable, but ultimately it is designed to bring more stability in an environment where drug prices are increasing with alarming frequency. Although these moves make sense from a business perspective, the implications for clinical practice are quite concerning.

Managing Restrictions at the Therapeutic Level

Given the restrictions physicians face, cost and insurance coverage consideration inevitably enter our clinical judgments. The question we face is how much to allow these restrictions to guide our treatment decisions. Moreover, if we opt for a proverbially purer approach to practicing medicine, are we willing to make the extra effort to secure the treatment that we believe would offer the most benefit to a patient? Securing preauthorization for non-tiered drugs can be a challenge, and success likely varies based on the insurer, drug, and condition treated. Nevertheless, whether or not we follow the course laid down for us by insurance companies, we are invariably influenced by drug cost.

In the treatment of MS, insurance companies typically offer at least three tier-one drugs: one of the glatiramer acetate products, one of the beta interferon products, and an oral agent. Although these options are effective for many patients with MS, they are not as effective as newer agents, such as the monoclonal antibodies natalizumab (Tysabri, Biogen) and ocrelizumab (Ocrevus, Genentech). Given the robust long-term safety and efficacy data of these tier-one agents, selecting from one of these categories is acceptable for many patients seeking treatment. If patients do not tolerate the drug, or if it is not controlling their disease, you can then step up to high-efficacy therapy. However, some patients with severe disease or very active MS need highly effective therapy upfront. These are patients for whom physicians should expend greater effort to secure appropriate medications.

Another school of thought suggests that a majority of patients should be treated with high-efficacy therapy upfront and that we should not be using less efficacious drugs for most patients. Obviously, this approach is going to invite more conflicts with third-party payers. Thus, physicians must determine their own thresholds for how much they are willing to stand up to third-party payers.

Beyond drug selection, physicians also need to be mindful of costs and their impact on patients. Some patients cannot afford high deductibles or consistently high copays, for example. High deductibles and copays can limit our ability to prescribe effective therapies for some patients. Drug manufacturers are aware of the burden of cost on patients and offer copay support for patients with private insurance and support programs to help patients who meet certain financial criteria gain access to treatment.

The Affordable Care Act (ACA) widened patient access to insurance, making it easier for patients with MS to receive treatment. Efforts in Congress to modify or replace large sections of the ACA have failed until this point, perhaps in large part because the law increased insurance access to millions of Americans. This reinforces the significant role insurance carriers play in the health care market in light of increasing drug prices. Without coverage, all but the wealthiest individuals could afford treatment for neurological conditions such as MS.

Of note, the ACA does not address rising drug costs. One possible solution would be to allow the Centers for Medicare & Medicaid Services (CMS) to negotiate on drug prices. Medicare is a major player in the purchase of new pharmaceuticals, and by allowing CMS to negotiate in the same way as the Department of Veterans Affairs, prices would likely come down for those medications covered by Medicare. Under the best-case scenario, this change would then influence pricing to insurance companies.

Regardless of policy preferences, physicians should continue to lobby Congress for more action to ensure that patients gain greater access not just to coverage but affordable coverage. I recommend that neurologists join the American Academy of Neurology’s (AAN) advocacy organization, BrainPAC, which allows physicians to keep up with and take part in the latest advocacy efforts to reduce drug prices and other issues affecting neurology.

Stemming the Tide: How Physicians Can Respond to Rising Drug Prices

Although the trend toward drastically rising drug prices shows no sign of abating, physicians can take certain actions to potentially affect positive change. For example, maintaining an awareness of the cost of medications and the cost burden to patients, and subsequently tailoring therapeutic regimens to meet both clinical and financial needs is a good start. Additionally, working with local insurance companies to assess and establish potential areas of flexibility could also pay dividends in the long run. And finally, physicians should be prepared to become advocates for their patients, as well, by contacting legislative representatives and urging action, as well as joining and assisting with the efforts of the AAN’s BrainPAC.

Although the trend toward unsustainable drug costs has persisted for several decades, only recently has it gained significant notice in the neurological spectrum. Much attention is rightfully devoted to the practices of third-party carriers, but manufacturers are at the heart of the drug price problem. We have seen in the past, however, that the pharmaceutical industry is often responsive when under scrutiny, which is why it is ultimately helpful that organizations like the AAN address drug prices.

Within the MS spectrum, the recent approval of ocrelizumab is particularly notable due to its apparent reversal of this trend. The first agent approved for both relapsing and primary progressive forms of MS, ocrelizumab entered the market earlier this year listed at roughly $65,000 per year, making it the lowest-priced DMT on the market. Previously, every new approved drug was listed as higher than those before it. The price of ocrelizumab, although still steep, is a welcome change of direction.

Interestingly, the price of ocrelizumab is not negotiable, meaning that no rebate programs are currently available to patients. This might eventually balance out the cost paid toward the drug, however, the list price is nevertheless a significant change of course and possibly a signal that drug manufacturers are listening. This strategy may also be favorable to Genentech: because ocrelizumab is the first of what may likely be a new generation of monoclonal antibodies on the market, a lower price may allow them to capture much of the market before others become available. This could possibly trigger a ripple effect and establish a trend in which drug manufacturers are competing for the most efficacious and cost-effective agent.

Generic drugs are not the only answer to the increasing drug cost trend, but physicians should be willing to use them to help make treatment more affordable to patients. With this in mind, it is incumbent upon us to begin a dialogue with our local insurance companies about ways to make the process more efficient and assess for areas where we can achieve more flexibility. In the meantime, we need to be prepared to use generics where appropriate.

It is easy to become jaded and to think that nothing can be done to swing the tide in a different direction. Nevertheless, physicians should not give up on speaking out in favor of more affordable drugs and searching for new ways to work with insurance carriers to allow our patients to receive optimal care. Moreover, our roles should extend beyond clinical practice and academia. The everyday struggles of modern-day medical practice are very real, but we should take the time to make our voices heard to increase the welfare of the specialty as a whole and the patients we treat. Our senators and congressional representatives do listen; allocating just a little bit of time for advocacy can make a considerable difference. 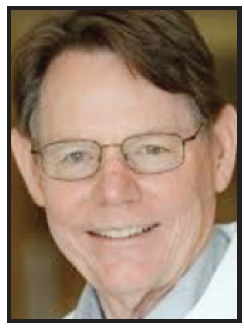 Dennis Bourdette, MD is Professor of Neurology at Oregon Health and Science University (OHSU), where he is also Chair of the Department of Neurology. Additionally, he is Director of the Multiple Sclerosis and Immunology Center at OHSU.

Can the Private Practice Survive in the Age of Consolidation?