Can the Private Practice Survive in the Age of Consolidation?

In the rapidly changing health care economy, increasing regulation and the expanding influence of third-party payers are diminishing the physician's role.

The art of delivering effective and personalized patient care is no longer the centerpiece of an increasingly complex health care spectrum. Thus, the physician’s role is demonstrably less significant. There is no better evidence of this stark shift in values than in the rapid diminishment of the private practice. Once a crucial element in the foundation of medical practice, the independent private practice has considerably less value in our changing health care economy. In addition to the increasing regulations and expanding influence of third-party payers that often hamper physicians, hospital systems are gaining larger markets, increasing the challenges to private practices. The seismic nature of these shifts may permanently change the health care landscape and the practice of medicine.

The Corporatization of Private Practice

One of the most significant markers of change in the health care market over the last several years is the consolidation of medical networks across the country. This has created chains of health care delivery designed to integrate into fewer but larger systems. In the past, private practices each had their own pools of patients, but as more practices are acquired, hospital systems are gaining more patients by virtue of their reputation with colleagues and within the community. Once patients are effectively absorbed into a larger network, the hospital system makes it difficult for those patients to be seen by physicians not belonging to that system. By limiting patients’ options, a hospital network optimizes its own economy and increases its geographical market.

This consolidation of health care delivery is affecting private practices in many ways. Physicians who are in a recently acquired practice effectively become employees and more or less fall within the mandates of that system. Also affected by this new landscape are physicians entering the workforce out of residency or fellowship. More specifically, those entering the health care market have less choice than they did as recently as 10 or 15 years ago because the larger number of small practices is turning into a small number of hospital systems. The appeal of larger networks includes job stability, steady pay, and less responsibility toward running a business.

Another subgroup of physicians affected by private practice consolidation are those still in practice who subsequently see their referral base shrink. When patients are treated within the same system, physicians outside that system will see a massive drop in referrals. Thus, the number of patients choosing physicians is shrinking at the same time as the number of referring physicians is dwindling. One parallel trend that may offset this shift is a growing reliance on the Internet as a means of patients finding and reaching physicians. Nevertheless, patients may still be more enticed by a more cost-effective option or reputable academic institution than a private practice. As a result, many private practices are struggling to bring in new patients and may continue to do so.

The Burden of Regulation

Another significant factor regarding the welfare of private practices are the mounting regulations to which physicians must adhere. In particular, the unprecedented acceleration and implementation of new regulations in recent years continue to have a marked effect on physicians and their ability to practice. In addition to increasing HIPAA regulations that can be quite consuming and onerous, new and arguably unnecessary rules require investments of time and energy that some say encroach on the physicians’ primary responsibility toward patients.

The Impact of the Affordable Care Act on Private Practice

One of the direct but unintended consequences of the Affordable Care Act is that it has caused a great shuffle in employer-based as well as non-employer-based insurance plans. This has resulted in many patients having no knowledge about changes to their plans; such as disallowing of previously covered medication that the patient relies on for the control of their disease or patient’s physician being disallowed by the changed insurance or insurance plan. This has impacted adversely both patients’ care and cost they pay for that care.

Some patients are switched to a high-deductible plan and cannot afford to pay the steep price of the deductible. In addition, physicians and staff must often guide patients through these changes (particularly in cases in which patients had no knowledge of the change), which can result in delays and added work.

For example, a recent regulation related to the Affordable Care Act (ACA) stipulates that practices offer publicly displayed signs to show that they provide free translation services for non-English-speaking patients. By the regulation, the practices are obliged to provide these services. In addition to the extra work for physicians to order and post the sign, they must also talk to staff about it and how to discuss it with patients. In addition, the law’s non-specific language implicitly suggests that practices must provide a translator for all languages, which is simply not feasible. Although this can be considered a minor example, the ACA includes many similar mandates that are either poorly defined or impractical, all of which add to the broad burden of regulation that has grown heavier in recent years.

Increasing regulations are not only cumbersome but also increase the costs of running a practice, the time spent on unnecessary things, and the aggravation of doing this extra work. Inevitably, this chain of events leads to physicians being able to spend less time on activities that are meaningful to their profession, namely interacting with and caring for patients, and keeping up with new developments in medicine.

The Strengthening Influence of Insurance Companies

In addition to costly and draining regulations, the influence of insurance companies continues to grow, posing significant roadblocks for physicians. In particular, physicians’ decision-making is increasingly limited by denials from profit-focused insurance companies. For example, a patient who has been treated with a brand name anti-epileptic drug for many years and is well controlled may be forced to take a different or generic agent if the patient’s insurer decides the drug is too costly. They can stipulate that the patient must take the alternate drug until she or he seizes, after which they will approve the previous drug. This makes sense from the practical business perspective of insurance companies, but it could also cause unnecessary anxiety and frustration for patients.

Physicians and staff often find themselves dealing with paperwork or on the phone with insurance representatives for hours to address denials. Then, inevitably, patients are upset with the physicians over the change, which could affect the physicians’ relationship with the patient.

Admitting patients to a monitoring unit or presurgical evaluation has also become more complicated. Insurance companies often require a preauthorization waiting period and considerable documentation for access to drugs or procedures they deem too costly. Moreover, they can still deny these requests after you’ve spent the time and energy to seek approval. Arbitrary denials of payment coupled with the large amount of time spent dealing with documentation that’s often completely inappropriate causes great aggravation for physicians, staff, and especially patients, who often fail to understand why physicians cannot do more to secure the necessary approvals.

Collectively, these factors are escalating the difficulty of sustaining an independent practice. Unfortunately, the current road on which we find ourselves with respect to regulation and third-party influence is unlikely to change or reverse any time soon.

When it comes to mapping a path forward and reducing the influence of consolidation, regulation, and insurance companies on the practice of medicine, physicians are often faced with very difficult choices. One alternative is the concierge medicine model, which allows one to step out of the insurance world and into the old world of personal relationships with the patient. Under this model, physicians can independently decide how the patient is going to be treated, which is very attractive. However, the concierge model does not accommodate all patients. When costs are largely or completely out of pocket, the affordability of care will depend on an individual patient’s financial resources.

If the private practice model shifts to concierge medicine, it is also likely that the best care will be delivered to the most affluent individuals. Additionally, for patients with debilitating conditions requiring costly interventions, the concierge model is not feasible. Although burdensome regulations and the increasing influence of third-party payers have driven some physicians to adopt the concierge model, it is not an adequate substitute or solution in the broader scope of health care.

A less structured (and potentially less feasible) alternative would be for physicians to create their own system, which would allow us to practice as an autonomous body. Such a group would not be hospital-affiliated and could negotiate on behalf of the physicians with insurance companies for better rates. However, there is some concern regarding the level of autonomy a physician would truly achieve under this model. As the rules become set and power lines are laid down, this model could lead to something similar to the large, for-profit health care systems from which it was designed to stand apart. Perhaps a more realistic option would be for more explicit unity among physicians to band together and make their voices heard. This would also come with its own set of logistical challenges, however, particularly due to the already established divisions in medicine and medical specialties.

By nature of their interests and training, physicians are often not driven by business, which makes it difficult to come together in any capacity to form larger entities.

Physicians have the daily privilege of interacting with people, gaining their trust, and trying to help them. It is a wonderful profession. But in the current environment it is difficult to figure out how to actually stay with the profession. The pleasure and challenge of interacting with and providing care to patients to improve their lives has receded and has been taken over by bureaucracy, fighting, impotence, and emotional strain. These stressors have taken a lot away from the joy of being a physician.

Pressures aimed to cut cost and impose regulations that may not be related to patients’ benefits or health care (but are required for political-social reasons) have fashioned a new model of health care delivery that is resulting in weaker care and less enthusiastic physicians. Given the current roadblocks physicians face in the rapidly changing health care delivery model, it is difficult to envision a scenario in which the role of physicians is restored to its appropriate capacity. With burnout rates reaching historic levels among physicians in recent years, it’s likely that these shifts are contributing to an overriding sense among physicians that medicine as rendered by our current health care model is not worth practicing anymore. Interestingly, burnout rates were lower 30 years ago not because physicians worked less but because there was a pleasure and joy in both the professional medical and social interactive aspects with patients. The hard work was compensated by the pleasure of knowing when you go home at night that you’ve helped a patient. Now, many physicians go home feeling exhausted.

Options may be few, and resources may be thin, but physicians must work together to devise new ways of delivering optimal care to patients. The survival of our profession depends on it. 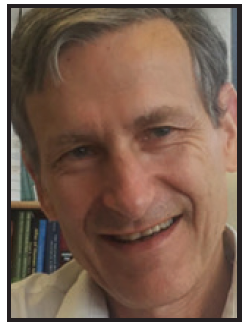 Pavel Klein, MD is Director of the Mid-Atlantic Epilepsy and Sleep Center and an Adjunct Associate Professor of Neurology at George Washington University. He is also Co-Chair of the American Epilepsy Society Private Practice Special Interest Group.

Rising Drug Prices and the Cost of Care: What Can Physicians Do?