Where #Neurology and Culture Intersect

Could a combination of brain mapping and stimulation technologies improve CTE in athletes? Earlier this month,USA Today published a story profiling a West Coast brain injury treatment center called Pure Recovery California Treatment Center, where former professional football players are treated for brain injuries and potential CTE. The article details how physicians at the Pure Recovery Center use quantitative EEG tests to highlight areas of the brain that are not functioning normally. Then, physicians choose either pulsed magnetic field stimulation, in which magnetic fields are used to help spur brain activity, or pulse electrical stimulation to stimulate nerve cells in targeted areas of the brain. Despite the success documented at Pure Recovery, the techniques remain controversial, given the lack of formal research. 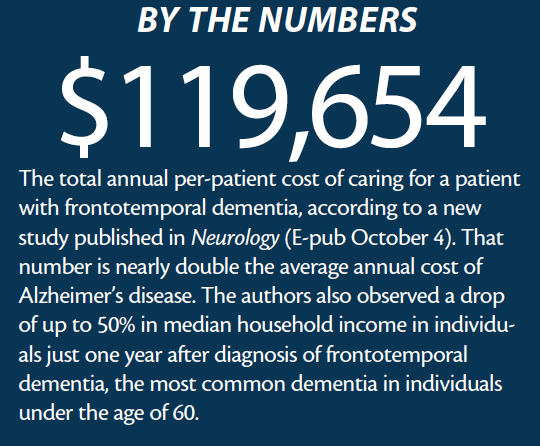 Pop star Lady Gaga cancelled a string of concert performances in September due to hospitalizations relating to the performer's fibromyalgia, prompting a wave of media coverage for the condition. The singer charts her experience with chronic pain in the recently released Netflix documentary Gaga: Five Foot Two.

In an article appearing in The Guardian earlier this month, Nick Fallon, PhD, a research fellow at the University of Liverpool who investigates the mechanisms of chronic pain, noted that Lady Gaga's announcement, “Could represent the start of something big as we search for solutions for fibromyalgia, the most prevalent pain condition you've probably never heard of.”

Editorial Board Forum: The Future of Neurology

Disease-Modifying Therapy in Multiple Sclerosis: Should It Ever Be Stopped?
With John Corboy, MD and Robert Naismith, MD

Moyamoya: An Update for the Practicing Neurologist
Edited by Steven Mandel, MD 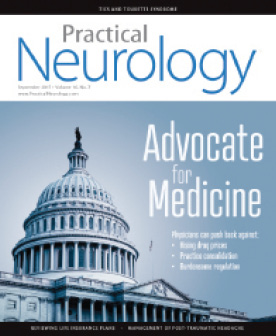 RISING DRUG PRICES AND THE COST OF CARE: WHAT CAN PHYSICIANS DO?

How Much Are You Paying Your Advisor?