Innovations in Functional Imaging of Epilepsy

Advances in noninvasive imaging should create more opportunities for physicians to localize treatment and optimize care.

As treatment options for epilepsy have grown significantly in recent years, innovations in imaging are enhancing visualization, understanding, and diagnosis of epilepsy. Once these newer imaging technologies are implemented in practice, physicians should gain the ability to home in on specific features of epilepsy and localize procedures accordingly. On a broader scale, these changes could allow physicians to better target the high number of medication-refractory cases of epilepsy.

Novel imaging modalities for epilepsy may usher in new ways of visualizing and understanding the underlying mechanisms of epilepsy, which may lead to treatment optimization. These recent advances underscore the growing need for noninvasive imaging biomarkers, particularly in patients with MRI-negative epilepsy.

Among the 65 million individuals worldwide with epilepsy, roughly one-third are refractory to medication.1 Within this group, a small percentage have Lennox Gastaut Syndrome (11%) and generalized epilepsy (6.9%), but a vast majority (80.5%) have localization-related or partial onset epilepsy.2 Among these individuals, roughly 65% have temporal lobe epilepsy, while the remaining 35% have extratemporal neocortical epilepsy.3,4 Traditional thinking has long held that the likelihood of achieving seizure freedom from surgical interventions was much higher if a lesion is found on imaging. Yet, when we actually perform surgery on patients, a vast majority of individuals without a lesion evident on imaging—termed “nonlesional”—have histopathological abnormalities in their resected tissue.5,6 Unfortunately, one-third of patients with drug-resistant epilepsy have “nonlesional” clinical MRI results.

Findings such as these make clear that our current clinical imaging techniques are not of high enough resolution, or we are not utilizing the right approach to identify the lesion. Unfortunately, many drug-resistant patients are deemed poor surgical candidates because their traditional MRI scan is “nonlesional.” Novel functional imaging techniques that enable clinicians to localize the “hot spot” triggering seizures may open the door to improved treatment options for this currently challenging clinical population.

Many PET radiotracers have been studied in the nonlesional epilepsy population. Some of these are older and have been applied to various types of epilepsy, whereas others are fairly new.

Alpha[11C]methyl-l-tryptophan (AMT) is a radiotracer for serotonin synthesis used in PET serotonin neuroimaging. In a 2013 study performed in a large cohort of patients with tuberous sclerosis complex (TSC), researchers found that the longer the duration of seizure intractability, the greater the number of AMT-PET hotspots.8 AMT hotspots were seen in patients with both TSC1 and TSC2. There was excellent agreement in seizure focus lateralization between ictal scalp EEG and AMT-PET in 68 of 95 patients in whom both ictal video-EEG and AMT-PET showed lateralizing findings; in 28 of 68 patients (41%), AMT was more localizing. Furthermore, AMT-PET was localizing in 10 of 17 patients (58%) with nonlateralized ictal EEG.8 The authors concluded that AMT-PET, when used with video EEG, provides additional lateralization/localization data, regardless of TSC mutation. They also noted that the duration of seizure intractability may predict the multiplicity of areas with AMT hotspots. 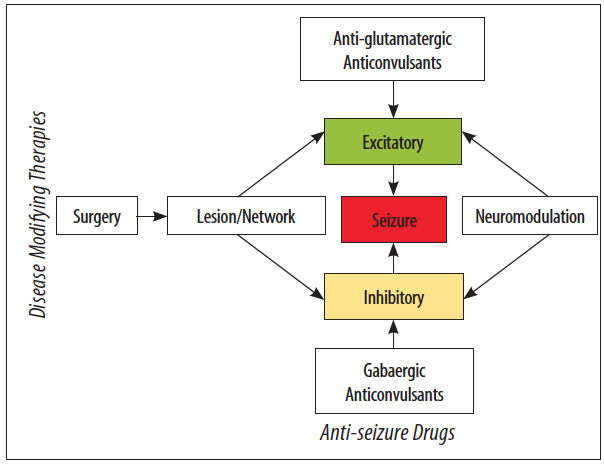 Changes in the serotoninergic network have also been imaged in patients with localization-related epilepsy. AMT-PET, which is a measure of serotonin synthesis, was acquired in a pediatric population with MRI-negative malformations of cortical development (MCD) with roughly 25% of cases showing an increase in the AMT-PET signal in the malformations of cortical development.9 One small study found a statistically significant decrease in serotonin 1A receptor binding (not as marked in the nonlesional group and most distinctive decrease in the temporopolar region), suggesting the potential of this form of imaging.10

PET γ-aminobutyric acid-benzodiazepine (GABA) neuroimaging in patients with MRI-negative epilepsy uses the tracer 11C-flumazenil, which can show more restricted regions of abnormalities in epileptogenic zones than fluorodeoxyglucose PET.11,12 It also has higher sensitivity in extratemporal localizations. The tracer has a very short, 20-minute half-life, limiting the ability to translate to clinical use.11-12

PET dopamine (D2/D3 receptor) imaging has shown decreased binding in mesial temporal sclerosis. In a 2015 study, D2/3 receptor availability was decreased both in the mesial temporal lobe ipsilateral to seizure onset and in the bilateral putamen.13 Of note, these findings were more marked with longer duration of disease.

PET opiate receptor neuroimaging has been associated with conflicting inter-ictal results in multiple publications from 1988 and 1997,14-17 but a 2007 study demonstrated direct human in vivo evidence for changes in opioid receptor availability over a time course of hours following spontaneous seizures, emphasizing the important role of the opioid system in seizure control.18

PET glutamate imaging has also revealed promising results in visualizing N-methyl-D-aspartate (NMDA) receptor activity with (S)-[N-methyl-11C]ketamine PET in patients with MRI-positive and -negative mild temporal lobe epilepsy.19 NMDA activity has been shown to be decreased in the ipsilateral temporal lobe.19

Undoubtedly, these findings suggest greater potential for PET tracer imaging in epilepsy. Nevertheless, PET imging has not proven to have a clear clinical role in nonlesional epilepsy to date, due to a lack of commercially available radiotracers, short half-life, moderate signal-to-noise ratio, and the need for arterial blood sampling to model tracing binding features.21

Another promising technique to image neurotransmitters and lateralize seizure focus is magnetic resonance spectroscopy (MRS), which unfortunately has yet to find a place of significance in clinical practice. In particular, GABA levels are known to be altered in epilepsy, although the regions with increased versus decreased GABA are not well elucidated.22

The primary limitation of MRS at this time is spatial resolution. Glutamate and GABA’s resonances are triplets or higher-order multiplets, resulting in a smaller resonance distributed over a broader range of frequencies.23 In addition to long acquisition times, glutamate has a spectral overlap with glutamine, which is difficult to interpret at low field strength. Ultra-high field strength (7T) MRS improves the signal-to-noise ratio but is used only in the research setting.23

Chemical exchange saturation transfer (CEST) imaging provides contrast to metabolites with proton concentration too low for conventional magnetic resonance methods. Radiofrequency saturation applied at the resonance frequency of the labile solute protons leads to a loss of net magnetization. These saturated protons from the solute pool then exchange with unsaturated protons from the much larger water pool leading to an accumulation of saturated protons in the water pool. While the saturation pulse is being applied, this process continues to decrease the water magnetization through the CEST effect to provide contrast to solute.24-27

Glutamate imaging (GluCEST) indirectly measures glutamate concentrations at high resolution by applying radiofrequency saturation to the hydrogen ion of the amide group on glutamate. In vivo studies reveal high contrast between glutamate and white matter that is comparable to PET glutamate receptor binding but at a much higher resolution. Importantly, substantial human and animal evidence supports impairments in the glutamate-glutamine cycle in epilepsy leading to elevations in glutamate.28 Glutamate excitotoxicity can occur due to impaired function of glutamate receptors, glutamate transporters, and converters such as glutamine synthetase and glutaminase, or antibody-mediated oxidative stress.

Initial findings using high-resolution single-slice GluCEST imaging showed elevations in glutamate concentration in the hippocampus ipsilateral to seizure onset in patients with nonlesional mesial temporal epilepsy.29-31 Our collaborative group at the University of Pennsylvania expanded to using a whole brain high-resolution method. The results to date are compelling in both nonlesional and lesional drug resistant epilepsy indicating that this noninvasive high-field MRI method has potential for clinical translation in localization-related epilepsy.5

Given the compelling findings associated with various methods discussed here, the future in epilepsy neuroimaging is promising. In particular, these developments may usher in different techniques to look at the underlying mechanisms of epilepsy to highlight hot spots of the epilepsy network in the brain, which may lead to treatment optimization.

These advances underscore the growing need for noninvasive imaging biomarkers, particularly in patients with MRI-negative epilepsy. Of note, most centers do not have a broad enough population to answer the remaining questions related to these imaging methods. Therefore, it is critical that the epilepsy-treating community establish multicenter consortia that can perform imaging studies and share data. 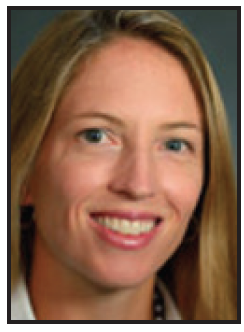 Kathryn A. Davis, MD, MS is an Assistant Professor of Neurology at the University of Pennsylvania, where she is Medical Director of the Epilepsy Monitoring Unit and Epilepsy Surgical Program.