A growing platform of surgical interventions may increase awareness, referrals, and utilization of advanced treatment.

Epilepsy is one of the most common neurological disorders, and its prevalence is on the rise. According to a recent report from the Centers for Disease Control and Prevention, roughly 3.4 million individuals in the United States suffer from active epilepsy, which translates to 1.2% of the population.1 Although the therapeutic landscape for epilepsy is robust, approximately 30% of individuals with epilepsy are refractory to medication. For patients whose seizures are not controlled by medications, various advanced treatment options are available at comprehensive epilepsy centers, including traditional brain surgery, as well as newer modalities such as neurostimulation and laser therapy.

As laser ablation devices and neurostimulators continue to populate the armamentarium for advanced epilepsy treatment, patients and physicians have more therapeutic routes to consider for optimized treatment. Given the large number of individuals with refractory epilepsy, neurologists should consider referring patients who have failed two or more anti-epileptic drugs.

If the goal of therapeutic interventions for epilepsy—advanced or otherwise—is seizure freedom, it is important to explore the possibility of advanced treatment by referring patients who could benefit from higher levels of care to comprehensive (level 3 and 4) epilepsy centers. However, many patients do not go beyond seeing their local physicians and general neurologists. In fact, only between 1,000 and 1,500 patients each year receive advanced treatment, far less than the total number of patients with refractory epilepsy. Thus, a massive gap remains between the patients who could benefit from surgery and other advanced treatments and those that actually do. It is sad to repeatedly see that patients who qualify for epilepsy surgery are evaluated for the first time in their 50s for this procedure. For those patients, decades of their lives can be lost to seizures.

There are many possible reasons why patients with epilepsy are not referred to comprehensive centers. An obvious explanation is that brain surgery is fundamentally invasive and therefore represents a significant step to take. In terms of outcomes, approximately 60-70% of treated cases result in seizure freedom.2 Thus, some physicians and/or patients may not feel comfortable with such an invasive surgery when roughly one out of three procedures fails to yield desired results. It is worth noting, however, that no other intervention achieves similar rates of seizure freedom.

If both the patient and physician are comfortable with the idea of surgery, several other factors may have an impact on access to advanced epilepsy care. In addition to logistical issues associated with ever-complicated health systems and third-party reimbursement requirements, it’s quite possible that a combination of knowledge and training gaps and the aforementioned stigma of brain surgery contribute to the underutilization of advanced epilepsy care.

Public education efforts from organizations such as the Epilepsy Foundation (Epilepsy.com) and the Centers for Disease Control and Prevention (cdc.gov) are designed to raise awareness for advanced epilepsy treatments, while advocacy and support groups also try to foster a positive image for patients and families of patients with uncontrolled epilepsy. Additionally, the National Association of Epilepsy Centers also offers resources (naec-epilepsy.org), such as listings for level 4 epilepsy centers.

The American Academy of Neurology has taken steps to raise awareness among physicians about the importance of referring patients for surgical consults. The Academy has released and promoted evidence-based practice parameters suggesting that patients failing two anti-epileptic drugs should be referred to epilepsy centers for surgical evaluation.3 Referral rates, however, have remained consistently low.

Despite insufficient referrals, advances in the field of epilepsy surgery are not only bridging gaps in care but also raising more awareness for an evolving treatment area that may benefit many patients. New surgical techniques have emerged that are making surgery less daunting from the standpoint of invasiveness. Laser ablation, for example, can be a reasonable alternative to open epilepsy surgery in some cases. Additionally, neurostimulators, which do not remove brain tissue but rather stimulate the brain or cranial nerves, open the door for treatments beyond seizure medications. Vagal nerve stimulation (VNS Therapy, LivaNova) has been used for decades and offers the possibility of seizure reduction in many different types of epilepsy. A recent study found that 63% of patients undergoing VNS Therapy have a greater than 50% seizure reduction, while 8.2% become seizure free.4 Of note, a newer version of the device delivers stimulation dependent on heart rate variations during seizures.

Establish a relationship with level 3 and level 4 epilepsy centers. By networking and partnering with centers, physicians at all levels can play an integral role in optimizing patient care. For a listing of comprehensive epilepsy centers, visit the National Association of Epilepsy Centers website (naec-epilepsy.org), where physicians can find the latest updates and resources.

A more recent addition to the neurostimulator market is the responsive neurostimulator (The RNS System, NeuroPace), which is the only FDA-approved implanted brain stimulation device for patients with focal seizures and known seizure-onset location. It is implanted into the skull with the electrodes placed directly into the seizure-onset zone in the brain. It delivers stimulation if abnormal intracranial activity is detected on EEG and is specifically programmed to each patient’s EEG. Long-term studies report a 70% reduction in seizures, with 15-17% of patients becoming seizure free for longer than one year.5

Other stimulation devices are under development but at the time of this writing have not been FDA approved. Hopefully, as possibilities for treatment increase, so, too, will the efficacy and reliability of these interventions.

Advances in imaging and testing also shape a more inclusive surgical landscape, by opening up more options regarding how and on whom to perform surgery. Years ago, many patients were excluded from surgery for a variety of reasons. MRI technology has advanced significantly, allowing us to identify abnormalities that were unknown to us previously. Thus, physicians have become much more aggressive in evaluating patients that were once deemed nonsurgical candidates. Undoubtedly, these and other forthcoming innovations will influence our knowledge of seizures and subsequently expand the field of available treatments.

WHO SHOULD BE REFERED

Any patient who still has seizures after a trial of two anti-seizure medications should be referred for video EEG monitoring at an advanced epilepsy center. Also, patients with focal epilepsy may qualify for epilepsy surgery and should be evaluated at a surgical (level 4) epilepsy center.

When and How to Refer

Although practicing neurologists may not be able to determine which advanced treatment option is appropriate for a given patient, current guidelines (available at aan.com) can help determine when to refer patients to a higher-level epilepsy center. If a patient has tried two medications at sufficient doses and is still having seizures, he or she should be referred for video EEG monitoring and should be seen at an epilepsy center. Based on the results of monitoring, physicians can make a decision regarding optimal treatment and whether that includes surgery.

Of course, depending on a patient’s location, visiting a comprehensive epilepsy center may not be feasible. In some rural areas, patients may have to drive many hours to the closest epilepsy center, introducing significant time and cost constraints for the patient.

Telemedicine potentially offers a solution to some of the difficulties of gaining access to treatment. Currently, however, the economic frameworks are not in place that would make this a widely accessible possibility. Nevertheless, initiatives such as Project ECHO (developed within the Veterans Affairs System) may provide a framework that would allow general practitioners to communicate with specialists (in this case, epileptologists at comprehensive centers) to gain advice on treatment. Project ECHO provides feedback and patient-specific recommendations from the specialist to the nonspecialist, so that the non-specialist can deliver care locally. The Epilepsy Foundation has spearheaded efforts to implement similar programs, but it will be some time before any such programs can be established and implemented in wider geographic areas. Another hurdle to overcome in expanding initiatives like this is the lack of resources for non-face-to-face medical care. Many of these costly programs are funded out of community grants. Physician-to-physician communication is currently not reimbursed, although it is vital to patient care.

A Duty to Patients

As our clinical and technological capacities widen, it is increasingly incumbent upon us as physicians to build the appropriate networks to ensure that our patients receive optimal treatment. Given the high proportion of patients with refractory epilepsy for whom adequate care is often delayed, it is our duty to direct patients to the appropriate providers if we cannot offer the level of care required. 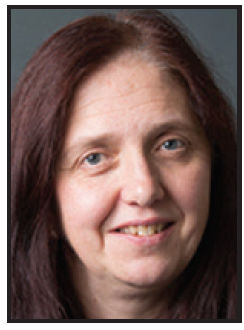 Barbara C. Jobst, MD is a Professor of Neurology at Geisel School of Medicine at Dartmouth, where she is Director of the Dartmouth-Hitchcock Epilepsy Center and Vice Chair of Neurology.

Innovations in Functional Imaging of Epilepsy