An expanding research and therapeutic landscape has increased awareness and treatment of Huntington's disease.

In his seminal 1872 paper On Chorea, George Huntington described what would eventually be known as Huntington’s disease (HD) in the following words: “There are three marked peculiarities in this disease: (1) its hereditary nature, (2) a tendency to insanity and suicide, and (3) its manifesting itself as a grave disease only in adult life.”1 Huntington also recognized the lack of management options evident: “The treatment of chorea now most generally adopted is by purgatives, tonics, counter-irritants, and anti-spasmodics…and electricity applied along the spine….”

For more than 100 years, HD has been regarded as a medical curiosity (as Huntington himself once described it), with no cure and no approved treatments to modify the disease. However, in 2008, the FDA approved the first agent indicated for the treatment of chorea associated with HD—tetrabenazine (Xenazine, Lundbeck), a VMAT2 inhibitor. Earlier this year, the second drug indicated for the treatment of chorea associated with HD, deutetrabenazine (Austedo, Teva) was approved, adding another option to the landscape and increasing awareness of this orphan disease.

As science increasingly regards orphan diseases as fertile frontiers for research and therapeutics rather than medical curiosities, HD appears to be leading the way. This article evaluates the current diagnosis and management as well as future directions of research and treatment.

Huntington’s disease is an autosomal dominant, neurodegenerative movement disorder with cognitive and behavioral disturbances,1 leading to degeneration mainly of neurons in the caudate nucleus and putamen. Since it was first described (before Huntington) in 1842,2 much was observed symptomatically, but little was known about pathology. In 1980, the disease locus of HD was mapped to chromosome 4. It was cloned in 1993, and the CAG trinucleotide repeat causing the pathologic protein was identified.3 The gene product, huntingtin protein (HTT), is normally expressed and has several functions in human neurons. The HTT gene contains an average of 17 to 20 CAG repeats. With 40 or more CAG repeats, HD emerges with 100% penetrance, and those affected typically die approximately 15 to 25 years after disease onset.4

There are three major domains of symptoms in patients with HD: motor symptoms, cognitive deficits, and psychiatric/behavioral alterations. Most patients with HD present with motor symptoms initially. Regardless which symptoms present first, they all progress and interfere with daily activities.5 Motor symptoms include chorea, dystonia, bradykinesia/akinesia, and abnormal eye movements. Although there is a specific genetic test to diagnose HD, diagnosis is still incredibly complex, not only due to the motor, cognitive, and psychiatric overlap, but also because of the ethical implications relating to presymptomatic patients (e.g., how test results may impact insurance, employment, decisions to have children, etc.). The Huntington’s Disease Society of America and the World Federation of Neurology have published recommendations and guidelines for approaching preclinical testing.

Current treatments for HD focus on managing multiple symptoms, and guidelines are borrowed from established treatments of other diseases.

Riluzole, an inhibitor of glutamate neurotransmission in the central nervous system, showed neuroprotection on chemical models of HD and HD transgenic mice.6,7 Memantine also acts on the glutamatergic system by blocking NMDAR and may have an impact on disease progression and cognitive improvement in HD models.8 Ifenprodil, an NR2B (NMDAR subtype)-specific antagonist, reduces excitotoxic cell death in medium spiny neurons from HD transgenic and wild-type mice after exposure to NMDA.9 Minocycline, a second-generation tetracycline that inhibits the caspase pathway, has shown some benefits in HD mouse models.10

In other therapeutic areas, fetal neural transplantation has shown improvement in motor and cognitive functions in the short term, but there was a progressive deterioration in the long term compared to controls.15 Cysteamine, coenzyme Q10, and ubiquilin have been implicated in reducing protein aggregation and toxicity induced by it in animal studies.16-18

Creatine and coenzyme Q10 are in Phase 2 studies, and minocycline, cysteamine, memantine, and ethyl-EPA are currently in Phase 1.

Patients with chorea without impairment of their daily function should receive reassurance and education, as should their family members. When chorea requires treatment, there are medication options to consider. Dopamine receptor blockers such as haloperidol, risperidone, and olanzapine have been used in the past, with the added benefit of also treating depression and behavioral symptoms. However, the disadvantage of typical and atypical antipsychotics is that they increase the risk of sudden cardiac death and drug-induced parkinsonism.19

Since its approval, tetrabenazine has typically been used for the treatment of chorea, however, its use is often limited by the risk of side effects. This has led to the clinical conundrum of determining “How bad is bad enough?” when managing significant psychiatric side effects. Antipsychotics and tetrabenazine may worsen gait and bradykinesia.

In clinical trials, deutetrabenazine, which was approved by the FDA in April 2017, showed statistically significant improvement in chorea in 90 patients with HD compared to placebo.20 Outcome measures included the Patient Global Impression of Change, Clinician Global Impression of Change, the SF-36 Physical Function Scale and the Berg Balance Test. The most noted adverse event was somnolence in the deutetrabenazine group; events such as depression and akathisia were similar between the drug and placebo groups.

Amantadine has also been reported as modestly beneficial for chorea.21,22 Anticholinergics such as benztropine are not beneficial in treating chorea because they are actually prodopinergic. Pridopidine has been under investigation for controlling abnormal movements such as chorea, and although initial trials confirmed its safety, in Phase 2 and Phase 3 trials it has failed to reach primary endpoints in the reduction of chorea.23-25

Gene therapy for HD has also been explored. One company, uniQure, is investigating a compound called AMT-130 that, according to their website, “consists of an AAV5 vector carrying an artificial micro-RNA, which silences the huntingtin gene. The therapeutic goal is to inhibit the production of the mutant protein. Using AAV vectors to deliver micro-RNAs directly to the brain represents a highly innovative approach to treating Huntington’s disease…” The company expects to file an investigational new drug application and to enter clinical development for AMT-130 in 2018.

Although research and treatments (such as those mentioned previously) have focused on motor symptoms, the psychiatric components of HD are equally problematic and in need of dedicated treatment, which the current landscape is still lacking. Depression is the most common symptom associated with HD, and most experts agree that it could be treated with selective serotonin reuptake inhibitors. Patients with obsessive compulsive disorder, anxiety, and irritability may also respond to these agents. Valproic acid and carbamazepine may help with emotional lability and impulsivity.26 Antipsychotics, both typical and atypical, may help with psychosis, delusion, and agitation, but doses should be maintained at a minimum to reduce the risk of extrapyramidal side effects. Cognitive-enhancing agents such as memantine, rivastigmine, and donepezil have shown only questionable benefit.27-29

“The hereditary chorea,” as Huntington eloquently described it, “is an heirloom from generations away back in the dim past… spoken of by those in whose veins the seeds of the disease are known to exist, with a kind of horror, and not at all alluded to except through dire necessity, when it is mentioned as ‘that disorder.’”1 In the span of less than 10 years, we have seen two new agents for the treatment of HD come to market, while research has expanded to many other possible treatment paths. Collectively, these developments have created a climate of promise and enthusiasm in HD research and therapeutics. As the landscape shifts to more promising strategies for managing symptoms and understanding the pathology, perhaps “that disorder” will soon be demystified. 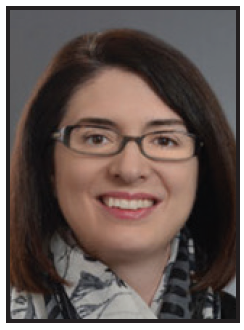 Jill Giordano Farmer, DO, MPH is an Assistant Professor of Neurology at Drexel University Department of Medicine in Philadelphia, PA, where she is also Director of the Parkinson’s Disease & Movement Disorder program.

Leonel Estofan, MD is a resident at Drexel University College of Medicine

1. Huntington G. On Chorea Essay read before the Meigs and Mason Academy of Medicine at Middleport, Ohio, February 15, 1872.

The Cognitive and Behavioral Consequences of Hearing Loss, Part 2: Evaluation and Treatment

From the Editor: New Additions to Practical Neurology® in 2018