The leaps in Internet bandwidth and the proliferation of audio-video conferencing platforms over the last two decades have ushered in a new age of healthcare, one in which telemedicine has become a viable means of practicing medicine. However, the concept of practicing medicine from a geographically remote location is not a novel concept. New technologies have greatly facilitated the solution to a very old problem, namely, that there are not enough doctors geographically located in every place they are needed. At its core, the practice of medicine requires communication between the patient and all other components of the healthcare team. In light of the rapid the development of long-distance communication technologies, the evolution of remote medical practice is worth further exploring.

A History of Remote Medicine

Today, nearly all physicians carry a smartphone that allows audio, text, email, and application-based communication, including live audiovisual streaming in both directions. Before cell phones, many physicians used pagers, which initially allowed physicians to roam beyond the reach of land-lines. But even before that, many remember the days of making sure the office always had the phone number for the physician’s location at a given time.

Going back further into history, nobody was “on call” prior to 1876, because Alexander Graham Bell had not yet patented the telephone. Most off-hours calls were accomplished by a knock on the door. Perhaps some mid-19th century physicians had their evenings disrupted by a telegraph dispatch.1 By the end of the 19th century, the proliferation of intra- and inter-city telegraph systems facilitated rapid communication over distances and may have even facilitated remote medical consultation.1 Otherwise, prior to these technologies, long-distance communication was limited to pre-arranged codes using horns, drums, smoke signals, and other range-of-audio or line-of-sight strategies. No matter how detailed a physician might have wanted to be, these technologies simply did not hold a torch to a smartphone.

The development and integration of television into daily life coupled with considerable federal funding led to the rise of modern audio-visual telemedicine. By the 1960s, closed circuit television for transmission of neurological examinations and for psychiatric consultation was established at the University of Nebraska.1 Around the same time, Massachusetts General Hospital established microwave transmission for remote interaction with a nursing station at Logan Airport in Boston, as well as a link for telepsychiatry services with the VA Hospital in Bedford. Further advances in the 1970s saw testing of communication satellites to provide care to astronauts. Transmission of data, such as radiology images via coaxial cable, began in the 1970s, and by the 1990s teleradiology was fairly common via a variety of technologies. Also relayed telephonically were EKG and EEG data.1

While audio-visual systems were deployed at academic centers and in federal programs in the mid-to-late 20th century, widespread adoption of telemedicine simply did not occur. The technologies were costly at that time and were difficult to maintain. Each connection needed to be proprietary, because there were no larger or more robust private networks to use for transmission. However, when the cost of audio-visual streaming and the availability of a robust way to transmit technology arrived, the same pattern of integration of new communication technology into medical practice emerged. The late 1990s and early 2000s saw the rise of telestroke networks via Internet technology, propelled forward by the scarcity of tPA-enabled hospital programs. Scarcity and remote locations led physicians to apply the emerging telecommunications technologies of their day and resulted in modern telemedicine applications.1

Toward a Remote Future

The platforms that seem novel to us today will soon be as commonplace in medical practice as smartphones are in our everyday lives. Not long after, they may seem as outmoded as the telegraph. 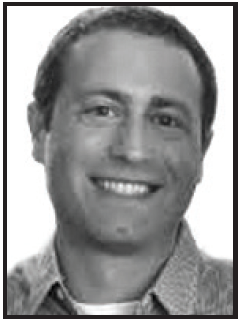 Shawn Masia, MD is a board certified neurologist and clinical neurophysiologist.