While new studies have raised interest in the possibility of identifying risk factors for Parkinson's disease, evidence remains weak.

Parkinson’s disease (PD) is the second most common neurodegenerative disease after Alzheimer’s disease. By 2050, almost one million people are projected to develop Parkinson’s disease. Several treatment strategies are available for managing the motor symptoms of Parkinson’s caused by the loss of dopamine. These range from pharmacologic therapies that can essentially replace, recycle, or mimic its effect, surgical strategies that can infuse medications continuously or stimulate the area of the brain most impacted by the loss of dopamine, and rehabilitation strategies to recalibrate the brain and body perception. While these offer some algorithm of hope upon diagnosis, one question inevitably stumps physician and patient alike: “How did I get this?” Often, patients wonder if they did something to cause the disease, or whether it was inherited or due to something they were exposed to.

New reports tying statin use to increased risk of Parkinson’s disease raises questions about risk factors for Parkinson’s disease. Other potential risk factors include anxiety and depression, head injury, and the use of betablockers. Comorbidities that can also lead to inflammation and oxidation may also be risk factors, the most notorious of which is metabolic syndrome. Continued inquiry may reveal more about risk factors, but current evidence does not warrant a change in how physicians approach care or make recommendations to patients.

In October 2016, a study abstract was presented at the American Neurological Association Conference that negated presumed beliefs about Parkinson’s disease and statin use. The senior author, Dr. Xuemei Huang, MD, PhD, vice chair for research at Penn State College of Medicine, Hershey, had done multiple studies looking at the relationship between statin use and Parkinson’s risk.1 Statins were thought be protective against neurodegenerative disease, but the study of 20,000 patients did not endorse this assumption. MarketScan Commercial Claims and Encounter databases from 2008 to 2012 were searched for patients between age 40 and 65 who were identified as having PD on diagnosis codes, anti-Parkinson’s medication use, or having Deep Brain Stimulation surgery. These patients were then cross-referenced with cholesterol lowering medication use in the hopes to find evidence that supported prior smaller studies showing a protective effect. However, researchers found a statistically significant higher prevalence of Parkinson’s disease after adjusting for confounders and comorbidities. To see if this was true for other neurodegenerative disease, data on Alzheimer’s patients was also pooled but this did not show any significant association.

The study showed that the type of cholesterol lowering medication and duration of use appear to impact risk. The statin class of drugs showed a significant association over non-statin drugs and the highest risk of association was linked to early use, as if the start of the medication was the tipping point for those who were on their way to developing Parkinson’s disease; this makes them symptomatic sooner. Despite the potential associations between cholesterol-lowering drugs and risk of Parkinson’s, many questions remain regarding the relationship of cholesterol to Parkinson’s disease. One possibility is that cholesterol may play a beneficial role regarding the development of Parkinson’s disease, and medications to reduce cholesterol can reduce that effect. Also, there can be some overlap with statin medications inadvertently lowering other enzymes that impact oxidative stress, such as CoQ10, and reducing whatever potential benefit they may have.

While these findings by no means confirm the role of statins as potentially increasing Parkinson’s risk, they shine a light on the broader topic of Parkinson’s risk that has long been elusive. To better understand this spectrum, let’s examine more closely what we know about the etiology of Parkinson’s disease and survey current evidence for potential risks.

We do know there are genetic risk factors, with LRRK2 being one of the most studied genetic marker.2 Patients with Parkinson’s and correlated genetic markers are a small number of patients, and the problem is we do not routinely do genetic testing until after the patient presents, nor is it routine clinical practice to genetically test family members of patients who are identified with these risk factors. The main reason is we don’t know how to manage patients that don’t have symptoms yet. We do know there are some environmental exposures that are toxic to the basal ganglia, the area of the brain most implicated in PD, such as Manganese and Agent Orange.2 The latter is important because this can impact a veteran’s ability to access medications, rehabilitation services and surgical interventions approved for PD through the VA.

Other areas of risk that ebb and flow in their popularity of research is the idea of stress: emotional, physical and metabolic and its impact on the development of PD. A recent review identified papers between 2005 and 2015 and eventually identified 38 papers with 75 unique meta-analyses looking at biomarkers, dietary factors, toxin exposure, personal habits and comorbid diseases.3 Of the 75 factors only two associations presented class 1 evidence: physical activity and constipation. It is believed that physical activity may have a protective effect through increase in plasma uric acid levels. This is also supported by epidemiologic data finding lower incidence of Parkinson’s in patients with Gout and studies looking at urate, a naturally occurring antioxidant that has been shown to potentially be a molecular predictor of disease risk and progression.4 Urate may also constitute a novel therapeutic target and there is currently a large multicenter trial recently completed that looked at inosine and its impact on Parkinson’s disease symptoms and progression.5 Sedentary lifestyle and lack of exercise has a punitive effect. Constipation is likely more an early symptom rather than a risk, given the pathologic inclusions of alpha-synuclein in the submucosal and myenteric plexus.3

Other negatively associated risk factors include head injury, anxiety or depression and beta-blocker use, though none of these established definite causality. For head injury, recall bias, variations in severity and duration of repetitive injury could not be controlled for and premorbid imbalance resulting in falls prior to diagnosis was also a confounder. For beta-blockers, this association was only seen in case studies, so potential bias has to be considered with this association. Decreased risk was actually shown with caffeine and nicotine use,3 though recommending smoking and excessive coffee use will never be considered good practice!

Encouraging exercise as a potentially beneficial activity for reducing the likelihood of neurodegenerative disease is a worthwhile discussion with patients, but at this time evidence is lacking to make firmer recommendations.

As for anxiety, current thinking is that this is more a premorbid condition rather than risk factor, given early stage serotenergic loss of neurons in the raphe nucleus. While this is certainly understandable, the idea of stress being a trigger was appreciated over 100 years ago. Dr. Gowers wrote, “the prolonged anxiety and emotional shock are the most common antecedents of Parkinson’s disease and advised his patients to refrain from all causes of mental strain and physical exhaustion.”6 The hypothesized mechanism of stress and neuronal degeneration include prolonged activation of the hypothalamic-pituitary-axis and failure of adequate coping mechanisms to reduce stress. This essentially means that psychosocial stress on a grand scale becomes oxidative stress on a cellular scale with increase necrosis factor, pro-inflammatory cytokines and chemokines, and extra vesicular catecholamines (dopamine) which auto-oxidize.7 There have even been case reports of extreme psychosocial stress, such as infidelity in a marriage, resulting in sudden onset of rest tremor. This was thought to be functional, but evidence of rigidity and bradykinesia on exam and positive DAT scan confirmed dopaminergic deficit.8

Other than psychological stressors that can lead to oxidative stress, comorbidities that can also lead to inflammation and oxidations may also be risk factors, the most notorious of which is metabolic syndrome. Fat and obesity have been associated with neurodegenerative disease, including Parkinson’s disease. The hypothesized mechanism revolves around high fat diet affecting glucose transport in the nigro-striatal system increasing inflammation and oxidative stress.2 Hyperglycemia and insulin resistance is also party of the metabolic syndrome and this imbalance further perpetuates cell death and degeneration. Epidemiologic studies have implicated type 2 diabetes as a risk factor for Parkinson’s disease.2

Although the notion of identifying risk factors for Parkinson’s disease is compelling, we are far from guidelines and far from specific recommendations. Patients will no doubt continue to express curiosity, but more research is needed before we can make firm recommendations. There are a number of potential associations that can be discussed and acted upon as appropriate on a case-by-case basis. We don’t have strong enough data to change management or make treatment suggestions, but promoting the benefits of exercise seems like a practical recommendation to reduce risk of neurodegenerative disease. That way, patients and practitioners can feel secure that what appears common sense is rooted in science. 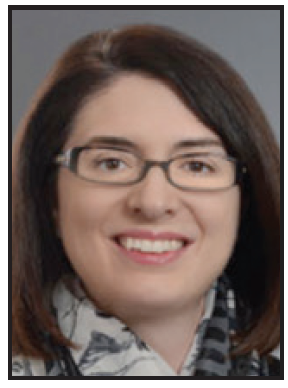 Jill Giordano Farmer, DO, MPH is an Assistant Professor of Neurology at Drexel University Department of Medicine, where she is also Director of the Parkinson’s Disease Movement Disorder program.

4. Paganoni, S. (2016). Urate as a Marker of Risk and Progression of Neurodegenerative Disease. Neurotherapeutics, 1-6.

The Digital Future of Cognitive Screening