New findings suggest that treating patients for acute ischemic stroke due to a large vessel occlusion with intravenous thrombolysis (IVT) before mechanical thrombectomy (MT) does not provide a clinical benefit over MT alone. In a post hoc analysis, investigators used data from patients treated with MT included in two large, multicenter, prospective clinical trials that evaluated MT for AIS. Patients were treated with IVT with tissue plasminogen activator followed by MT (IVT and MT group) with the use of a stent retriever or MT with a stent retriever alone (MT group). Of 291 patients, 55 percent underwent IVT and MT, and 45 percent underwent MT alone. Median Alberta Stroke Program Early CT Score at baseline was lower in the IVT and MT group, and there was no statistically significant difference in the duration from symptom onset to groin puncture.

Stem Cell Transplantation: The Next Breakthrough in Stroke Therapy? 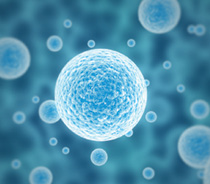 A new concept in stem cell transplantation is gaining prominence as potentially beneficial in stroke care. In an article published online in the Journal of Neurological Sciences (2017 Apr; 61(2): 173-179), authors refer to a new approach that emphasizes the formation of a “biobridge” between the area of a brain damaged by stroke and the endogenous neurogenic niches of the brain. The conventional belief about stem cell mechanisms is that the protective effects are produced by either cell replacement or releasing trophic factors. “While the exact mechanisms of action of stem cells are not completely understood, recent evidence demonstrates another possible mechanism of stem cells,” the authors wrote. “The transplanted cells can form a pathway which promotes the proliferation and migrations of the endogenous stem cells.” Visit http://www.minervamedica.it to read the article.

The number of passes, rate of successful reperfusion, functional independence at 90 days, mortality at 90 days, and emboli to new territory were also similar among groups, the authors observed. Moreover, symptomatic intracranial hemorrhage and parenchymal hemorrhages type 1 or type 2 did not differ significantly. In multivariate analysis, they found no statistically significant association between IVT and MT versus MT alone for any of the outcomes.

See The Evolving Role of Neurologists Amid the Endovascular Revolution in Stroke Care for further expert perspective on evolving guidelines and practices for endovascular therapy.

Impact of Obesity, BMI on Stroke Risk Differs for Men and Women

New data suggest that impact of abdominal obesity on stroke risk is variable according to the sex of the individual. Assessing 388 patients with ischemic stroke and 732 controls matched by age and sex, investigators recorded vascular risk factors and anthropometric data (waist circumference, weight and height) to calculate the impact of three anthropometric variables—such as body mass index (BMI), waist circumference, and waist-to-height ratio—on ischemic stroke risk was calculated. They found that increased BMI was not associated with increased stroke risk overall or in women, but was a protective factor in men. Additionally, abdominal obesity was a risk factor for stroke in women, in both waist circumference and waist to height ratio analyses, but was not significant in men. “When considered independently of BMI, abdominal obesity was a risk factor in both sexes, but the strength of the association was significantly higher in women,” the authors concluded.

The average total cost (third-party and out-of-pocket) for ischemic stroke patients discharged with disability, according to new findings published in Current Medical Research and Opinion (2017, Feb; 33(2): 371-378). Investigating the real-world costs of ischemic stroke, the authors found that the economic burden of patients discharged with disability was significantly higher than those who were discharged without disability, whose average total costs were $24,448. The authors noted that the high expense of inpatient hospital stays account for the disparity.

Researchers have identified several long-term predictors of hospital re-admission for stroke patients, including clinical stroke severity, early signs of ischemia on admission CT, and treatment with IVT. In a retrospective cohort of consecutive ischemic stroke patients admitted in a Portuguese hospital, clinical and imaging information revealed several predictors of re-admission up to one year after stroke. According to the findings, 43.8 percent of re-admissions were due to infectious diseases, 13.2 percent were due to ischemic stroke or transient ischemic attack recurrence, and 6.4 percent were due to cardiac diseases. Of note, in-hospital mortality associated with re-admission was 23 percent.

The topographic patterns of ischemic lesions may help identify different mechanisms of intracranial atherosclerotic stenosis ischemic stroke (ICAS). In a retrospective study, researchers found that hypertension, cigarette smoking, middle cerebral artery (MCA), and multiple vessels stenosis, were major factors favoring different mechanisms. Statistical analysis revealed a significant relationship between lesion patterns and mechanisms, according to the authors. Specifically, single mechanism had a higher apoB/apoAI ratio and levels of plasma apoB compared with multiple mechanisms, while anterior circulation stroke was more multiple mechanisms than posterior circulation stroke. Monitoring apoB and apoB/apoA1 may therefore help to predict the mechanism of stroke with ICAS, they concluded, while the prevalence of mechanisms differs between anterior and posterior circulation stroke with ICAS.

New findings further tie onset-to-reperfusion time to the degree of improvement and efficacy of endovascular therapy in patients with acute ischemic stroke. The authors reviewed 98 consecutive patients with AIS treated with ET in two separate stroke centers, specifically evaluating those in the 49 percent of patients who experienced a lack of improvement 24 hours after endovascular therapy was performed. “Multivariate analysis indicated that poor collaterals and long onset-to-reperfusion times were independent predictors of lack of improvement. Moreover, lack of improvement was independently associated with unfavorable outcome at three months,” they wrote. The authors concluded that poor collaterals and long onset-to-reperfusion time are strong predictors of favorability of outcome in patients treated with endovascular therapy.