Preliminary signals are strong that vitamin D has a role to play in MS, but more research is needed to confirm the need for supplementation as a preventive or therapeutic measure.

The potential health benefits of vitamin D have long been the basis of much discussion and research in the medical community and in neurology. In recent years, studies have explored its relationship to multiple sclerosis (MS), in particular its potential role as both a risk and prognostic factor. Additionally, trials are underway to explore the possible benefits of vitamin D supplementation. This article will evaluate the role vitamin D may play in MS therapy and examine the logistics of supplementation based on available data.

Studies indicate that individuals with MS have lower levels of vitamin D. While some may speculate that those with MS have lower vitamin D levels because they may spend less time in the sun, further evidence has shown an association between vitamin D status and subsequent development of MS. In one study evaluating the relative risk of MS by category of serum 25(OH)D level, those with the highest vitamin D levels had a 50 to 60 percent reduced risk of MS.1

The natural extension of this logic would be to explore the potential of vitamin D supplementation as a preventive measure for MS. Many questions remain, however, regarding the optimal level/range of supplementation, at what point in the lifespan to begin supplementation, and how long it should continue. Moreover, unmeasured confounders are still possible, such as infections and UV light exposure. For example, one study measured cumulative sun-related skin damage as well as vitamin D status at the time people had their first MS symptoms and compared them to measures in people without MS. While vitamin D levels were lower in those with MS, there was an even stronger link of less sun exposure with MS status.2 Given the amount of moving parts and unknown factors, it is also worth asking whether vitamin D could actually be a marker for another risk factor that’s not known yet.

Based on the results of one Finnish study, the impact of vitamin D can possibly be tracked back to in utero, as those individuals whose mothers had lower 25(OH)D levels (less than 12.02 ng/mL) while pregnant were found to have a higher relative risk of MS.3 Vitamin D status in newborns can also serve as predictor of the likelihood of developing MS later in life.4

In addition to the many questions regarding vitamin D status and risk of MS, many studies are actively exploring its effects in people with established MS. One study evaluating patients with pediatric-onset MS found an increased risk of relapse in those with lower 25(OH)D levels.5 This finding was echoed in a study looking at adult MS,6 while another study found that prior vitamin D levels were predictive of new MRI lesions in patients with relapsing MS or clinically isolated syndrome.7 These studies were the first to establish the link between vitamin D and inflammatory events, such as relapses and new MRI lesions. There is also a possibility that vitamin D can help to prevent gray matter atrophy and thus have a positive impact on long-term disability.8

Several observational trials have studied vitamin D supplementation and its potential to treat relapsing MS. In one study, investigators evaluated 49 patients on escalating doses of vitamin D3 (max 40,000 IU per day) and calcium versus discretionary vitamin D use (up to 4,000 IU per day). They found that those receiving vitamin D supplementation had a tendency for lower relapse rates and less worsening of disability at the end of the trial.9 Notably, vitamin D levels were not reported, so it’s unclear how high of a vitamin D level, in particular in the comparison arm patient, was achieved. Further, the disability change was calculated only among those who completed the trial; it’s unclear how much bias due to drop-outs may have played a role.

In another study, 66 patients who used interferon-beta 1b for at least one month were randomized to 20,000 IU vitamin D3 every week versus placebo for one year. Results indicated that vitamin D was associated with fewer enhancing MRI lesions and a trend for better EDSS.10

Other studies have shown varying results, including some that have indicated vitamin D supplementation to have no change in MRI and no impact on relapse rate, EDSS, or MSFG changes.11-14 However, some trials have shown a possible in vivo effect of vitamin D supplementation, such as reduced IL-17+ CD4+ T cells, reduced effector memory CD4+ T cells, and reduced CD85j+ CD8+ T cells.15

Preliminary unpublished outcomes from the SOLAR trial, in which vitamin D3 was used as an add-on to interferon beta treatment, showed no difference with respect to the “no evidence of disease” composite primary endpoint.16 However, the annualized relapse rate was 0.28 in the vitamin D group and 0.41 in the placebo group. Additionally, the vitamin D group had a mean combined unique lesion count of 1.09 compared to 1.49 in placebo.

While observational data are indeed compelling, more randomized, controlled trials are needed to assess the impact of vitamin D supplements on multiple sclerosis. Several trials are ongoing, including the VIDAMS (Vitamin D to Ameliorate MS) trial. There are many questions for clinicians to consider in the meantime regarding patient recommendations. After all, if we are to consider the potential of vitamin D as a medication, we should give the same weight to efficacy and safety as we would any other medication. In this regard, the first consideration we should make is that vitamin D is not approved for the treatment of MS. That it is available over-the-counter does not make it safe or effective.

One question to consider is whether to supplement with D2 or D3. Traditional protocols suggest supplementing with 50,000 IU of D2 weekly. However, several studies have signaled that D3 may be more potent than D2. In addition, dosage and frequency of treatment also present questions, as studies have not yet clearly defined an ideal amount and schedule for supplementation in patients with MS. While using a consistent dose may help to get levels to the same general area, it is worth noting that vitamin D kinetics may differ in MS and that supplements could have a blunted response in individuals with MS.17

As we have seen in past examples from other disease states, randomized trials are needed to confirm these compelling observational findings. Until then, physicians should be cautious when using these agents and must maintain a practice that’s evidenced-based and safe to ensure we do not cause harm to patients.

Regarding the possible use of off-label prescription vitamin D agents, it’s important to carefully consider the risks and benefits in those at risk from excess vitamin D. Physicians and patients who do wish to pursue supplements while awaiting more definitive results could consider aiming for 25(OH)D levels between 40ng/mL and 60ng/mL (100-150 nmol/L), since this range is supported from the observational data. This usually translates to a dose of between 2,000 IU and 5,000 IU per day. Additionally, levels should be re-checked after three months to establish the target range.

Evidence showing an inverse association between MS risk and inflammatory activity are compelling enough to warrant further exploration of vitamin D as a possible risk factor for MS, with implications for a longer-term role in disability. In particular, the potentially preventive role of vitamin D in MS represents an area of keen interest for further research, as it could shed light on the disease itself. However, these studies would require more time and funding and may not come to fruition.

Regarding the role of vitamin D as a treatment for MS, continued trials should seriously evaluate the potential role of vitamin D2 or D3 supplements as disease-modifying therapies. Hopefully these trials will definitively answer the many questions regarding the role of these supplements for those with MS. Moreover, evaluating the results of these trials in aggregate may improve on their statistical power. At the current time, the safety and efficacy of vitamin D supplements are not known, and while physicians should approach supplementation with caution, we also owe it to our patients to explore the possible utility of vitamin D in the management of MS. 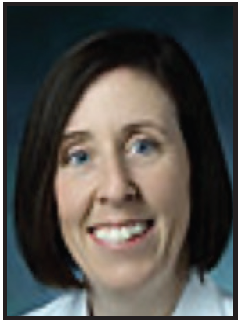 Ellen Mowry, MD is an Associate Professor of Neurology and Epidemiology at Johns Hopkins Hospital in Baltimore, MD.

Filling the Gaps in the Multiple Sclerosis Treatment Landscape