The Utility of EEG in Prognosis Post-Cardiac Arrest

EEG findings are helpful at either end of the spectrum, but more research is needed before it can be used more broadly to determine prognosis for patients with cardiac arrest.

Prognosis for patients with out-of-hospital cardiac arrest remains poor despite the addition of therapeutic hypothermia (TH). Therapeutic hypothermia is thought to decrease ischemia reperfusion injury and preserve function of the brain.1Unfortunately, even following the addition of TH in 2005, survivors of cardiac arrest are often left with disability due to anoxic brain injury. Up to two thirds of patients will not return to consciousness and only about a third of patients will survive to hospital discharge.2,3 Neurologists are frequently tasked with determining prognosis for these patients. Given that prognostic information informs decisions for goals of care and often withdrawal of care, this determination is of significant importance.

Several tools are available to assist in this process. The most commonly used and readily available tools are bedside clinical exam including corneal response and pupillary reflex, SSEPs, and electroencephalogram (EEG). EEG has been used in the determination of prognosis following arrest since the 1960s, but should always be used in concert with other prognostic tools.4 When prognostic indicators are concordant, prognostication can be relatively straightforward. For example, 100 percent specificity and sensitivity for prediction of poor outcome following cardiac arrest and TH has been demonstrated when any two of the following are present: nonreactive EEG, incomplete brainstem reflexes, bilaterally absent SSEPs, and myoclonus.4

EEG is most helpful in confirming a good or very poor projected outcome following a hypoxic event. This prognostic ability is essentially unchanged in the era of TH, provided the EEG is performed in the appropriate time frame following cardiac arrest. EEG is incredibly sensitive to the effects of hypoxia, and EEG will become isoelectric within 10 to 40 seconds following cardiac arrest.5 EEG performed immediately following an arrest may be isoelectric, but this is not particularly useful in prognosis. Observing the EEG over the next several hours to days provides more powerful prognostic information.

Post-anoxic EEG findings can be divided into six categories.5 These include:

Unfortunately, there remain many EEG patterns of indeterminate significance for prognosis following arrest, including epileptiform discharges and status epilepticus. The reported incidence of status in post-anoxic patients ranges from 10 to 35 percent.5 While seizures and status epilepticus are never welcome findings on EEG, their significance in the post-hypoxic patient may be different than in a patient critically ill due to an alternate etiology. Seizures in patients following an anoxic event have been correlated with death even when seizures are controlled.6 Once again the timing of the EEG in relation to the hypoxic event and TH is of import for prognosis. Seizures seen during the cooling phase of TH and emerging out of a nonreactive EEG pattern are more likely to portend poor prognosis than seizures seen during rewarming and emerging out of an EEG with reactivity.7 Treatment of EEG seizures during the cooling phase of TH with a nonreactive is of indeterminate benefit; treatment of seizures during rewarming or when they occur out a reactive background is more likely to be of benefit.4,5 It is worth considering that seizures during hypothermia occurring out of a non-reactive background may be a marker of severe injury and cell death. In these cases, treatment trials are futile, as opposed to treatment of discreet seizures occurring out of a reactive background where treatment of seizures prevents further cell injury and cell death. Currently, many physicians tend to take a moderate approach by treating with AEDs but not as aggressively as they would treat status epilepticus in other settings. Further study is definitely required to guide treatment and prognosis in this setting. The Treatment of Electrographic Status Epilepticus After cardiopulmonary Resuscitation (TELSTAR) study is ongoing and hopefully will provide useful guidance in the management of these patients.

While EEG findings consistent with patterns on either end of the prognostic spectrum (i.e. relatively good or very poor) are helpful, indeterminate patterns remain common and complicate bedside prognosis. These include generalized periodic discharges, lateralized periodic discharges, generalized rhythmic delta activity, and lateralized rhythmic delta activity. Further study is needed to clarify the prognostic significance of these intermediate indeterminate patterns. Moreover, the frequency or timing of appearance of periodic discharges may be of some significance. For example, by convention, a periodic discharge greater than 4 Hz is considered seizure. This may not be consistent with physiologic findings. Recently reported data suggest that discharges with a frequency of greater than 2 Hz are associated with brain tissue hypoxia and therefore physiologically consistent with seizure and should be treated to prevent ongoing tissue injury.9 Though this data was gathered in patients with SAH, it serves to further illustrate the ongoing questions surrounding the EEG interpretation in critically ill patients and the work that remains to be done. EEG is useful as a tool in prognosis following cardiac arrest but should always be used in conjunction with other modalities. 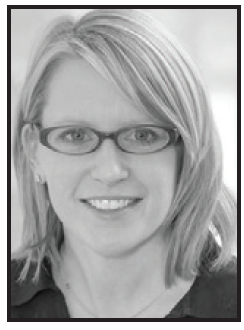 Michelle L. Dougherty, MD is an Assistant Professor of Neurology at Drexel Neurosciences Institute, where she is Director of both the epilepsy program and neurology residency program.