New research presented at the International Stroke Conference 2017 in February suggests that structured exercise training can significantly improve brain function in stroke survivors. Given the prevalence of cognitive impairments after stroke, researchers evaluated the effects of different types of physical activity on cognitive function among stroke survivors. In their meta-analysis of 13 intervention trials, including a total of 735 participants, they found that structured physical activity training significantly improved cognitive deficits—such as measures of attention and processing speed—regardless of the length of the rehabilitation program.

Moreover, the results showed that cognitive abilities could be enhanced even when physical activity is introduced in the chronic stroke phase (beyond three months after a stroke). The investigators also found that combined strength and aerobic training programs yielded the largest cognitive gains, which is consistent with earlier research.

A new study indicates that the causes of ALS and schizophrenia may be biologically linked, which could have significant implications for how diseases are classified according to the existing division between neurology and psychiatry. In a study published in Nature Communications, investigators from Trinity College Dublin discovered an overlap of 14 percent in genetic susceptibility to both ALS and schizophrenia, representing the first time the two distinct conditions have been linked.

The group will continue to study the links between ALS and psychiatric conditions using modern genetics, epidemiology, and neuroimaging, and in this way will develop new and more effective treatments that are based on stabilizing disrupted brain networks. 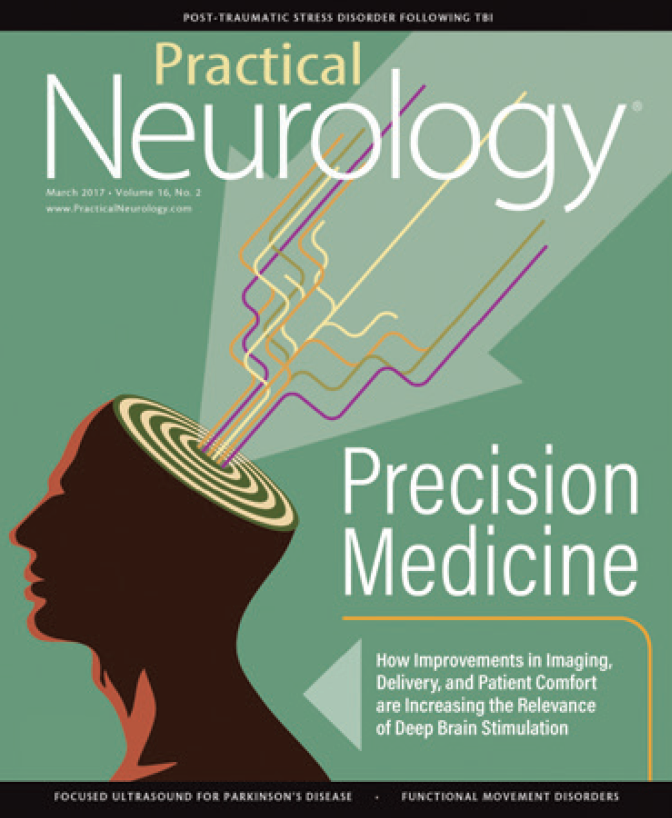 “IT’S NOT IN YOUR HEAD”: NAVIGATING THE CHALLENGES OF A FUNCTIONAL MOVEMENT DISORDER DIAGNOSIS

A Q&A with Katie Kompoliti, MD