The Anti-Epileptic Effect of REM Sleep

Sleep is a fascinating and highly choreographed symphony that happens every night under tightly controlled physiologic conditions. Although sleep has become the subject of intensive research over the past few decades, its underlying mysteries continue to captivate and bewilder, especially concerning its overlap with neurological disease.

One particularly intriguing aspect of sleep is rapid eye movement (REM) sleep, which is often associated with vivid emotional-laden dreams, and also known as “dream sleep.” From a neurological perspective, REM sleep usually has an anti-epileptic effect, which has been consistently observed across various types of epilepsy, including focal, generalized, and syndromic subtypes.1-3 Despite this observation, REM sleep has received far less attention and research in epilepsy than non-REM sleep, which is usually associated with activation of seizures and epileptiform activity.

This article provides an overview of the current theory and practice, as well as future directions related to this very interesting and potentially very useful phenomenon.

While the ultimate mechanisms underlying the anti-epileptic effect of REM sleep are still being explored, several recent studies have championed the de-synchronization hypothesis.1-3 Epilepsy is defined as the tendency to recurrent unprovoked seizures; in other words, seizures due to intrinsic abnormal neuronal hyperexcitability or hypersynchrony that occur independent of provoking factors such as alcohol withdrawal, drug intoxication, or sleep deprivation. The de-synchronization hypothesis holds that random destructive interference in the cerebral cortex usually prevents abnormal neuronal activity from organizing or propagating into seizures.4 De-synchronization appears excessive in REM sleep when compared to other states of vigilance like wakefulness or non-REM sleep.4-8 This theory suggests that the uniquely excessive cortical de-synchronization in REM sleep confers the ability to prevent the expression of seizures in epilepsy. What makes this theory so compelling is that it offers the promise of a completely new and physiologic way of treating seizures.

Although research hasn’t yet solved why REM sleep usually has an anti-epileptic effect, this observation is already slowly being translated into clinical practice. By usually limiting propagation of epileptiform activity, REM sleep can potentially localize where epileptiform activity is coming from. This effect is particularly useful in epilepsy surgery.

When anti-epileptic medications don’t work, surgery is the most effective treatment modality. However, epilepsy surgery remains one of the most underutilized procedures in all of medicine despite its proven efficacy and safety in carefully selected patients. Even when offered, surgery is unfortunately not an option for many because the epileptogenic focus cannot be localized. Recent studies have shown that REM sleep can find the focus in some of these cases, which makes surgery a possibility.9-10 In fact, some studies have followed patients through successful surgery guided by REM sleep in otherwise inoperable cases.11

As awareness of the safety, efficacy, and cost effectiveness of epilepsy surgery increases, it will likely continue to gain traction. In fact, there is an overall acceleration in the development of comprehensive epilepsy programs worldwide as a result. As epilepsy monitoring becomes more available and widespread, it is also likely that more REM sleep will be captured during monitoring and more research will be published on the potential surgically localizing value of REM sleep.

Given the clear possibilities when it comes to REM sleep and epilepsy, one can only hope that we begin to see more interest and research. One of the reasons why REM sleep hasn’t received the attention of non-REM sleep is precisely that it is harder to capture. This is an artifact of how difficult it is to obtain longer-term video-EEG recordings over many days and in the right settings. Most studies looking at sleep and epilepsy occur in monitoring units on busy hospital inpatient wards where it is often difficult for patients to achieve deeper stages of sleep, including REM sleep. Moreover, REM sleep looks a lot like wakefulness, which means that evaluators can easily miss it if they aren’t paying close attention. Nevertheless, as comprehensive epilepsy programs continue to grow, monitoring will increase and there likely will be more encounters with REM sleep. This should lead to a natural increase in REM sleep research and folks should begin to better understand REM sleep and its role in epilepsy.

When it comes to the basic science of REM sleep, we still have a long way to go. In particular, the exact pathway of de-synchronization or how neurons are affected in REM sleep specifically has yet to be elucidated. In terms of clinical research, there are many other possibilities aside from epilepsy surgery, such as exploring the potential of manipulating the REM sleep system to forcibly induce REM sleep and halt status epilepticus. Another possibility is to find a way to mimic the de-synchronization in REM sleep to prevent expression of seizures.

As we look to the future, we will likely see more emphasis on both understanding the basic anti-epileptic mechanisms of REM sleep, and on clinically translating this effect into readily applicable medical and surgical treatments. Although major gains have been made on both fronts in recent years, there is still plenty of room for discovery and innovation.

While we haven’t yet solved the tantalizing mystery of why people aren’t seizing when they’re dreaming, the great hope is that one day, we’ll unlock this mystery and invent a way to dream seizures away. n 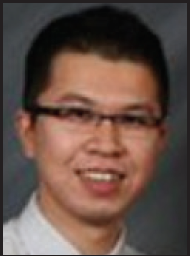 Marcus C. Ng, MD is an Assistant Professor in the Department of Internal Medicine (Neurology) at the University of Manitoba in Winnipeg, MB, Canada. 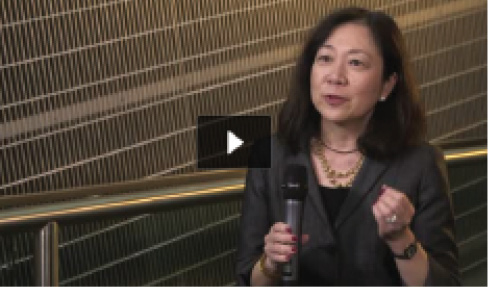 Over the last decade, circadian rhythms have been recognized and appreciated for their importance in both healthy behaviors and in neurological disease. At the 2016 American Academy of Neurology (AAN) Annual Meeting in Vancouver, Canada, Phyllis Zee, MD, PhD directed a course on the topic and shared her insights in a video interview with Practical Neurology®, available in the video section at www.PracticalNeurology.com.

Ahead are highlights from the interview:

On the Relationship of Circadian Rhythms and Neurological Disorders:

“There is a preponderance of data suggesting that not only does circadian misalignment contribute to disease development but it’s actually an early predictor and risk factor for neurodegeneration—one of its early biomarkers,” said Dr. Zee.

On the Paradigm Shift in Sleep Medicine:

“Understanding the molecular and genetic regulation of clock genes in all tissues of the body—including, of course, the brain—leads us into the concept that sleep and circadian disorders are not necessarily consequences of neurological disorders but could in fact be an early markers of them,” Dr. Zee observed.

On Addressing Sleep in Practice:

“In all your patients, think about the contribution of sleep and circadian misalignment to neurological disease,” noted Dr. Zee. “You may have a patient with a seizure disorder, but if they are not sleeping well, if the clocks are out of step, the seizure frequency increases, and by treating the underlying the comorbid sleep disorder, it actually improves management. So it’s really important to have a high index of suspicion that sleep and circadian abnormalities may be contributing to the development and/or the expression of neurological disease.”

Watch the full interview at www.practicalneurology.com/videos.asp.

Niche No Longer: Bringing Sleep Medicine to the Forefront of Neurological Practice

Along with the pain and pressure, colors and shapes flood Priya Rama’s mind in fluid poetry.