A new study has confirmed the link between excessive daytime sleepiness (EDS) and migraine. Investigating the prevalence and impact of EDS in a population-based sample in Korea, investigators used the Epworth Sleepiness Scale (ESS) to evaluate 2,695 patients. Among this group, 5.3 percent and 11.6 percent were classified as having migraine and EDS, respectively. Importantly, the prevalence of EDS was nearly 20 percent in participants with migraine and non-migraine headache compared to non-headache controls. Additionally, the investigators noted that migraineurs with EDS had higher scores on the Visual Analogue Scale (VAS) for headache intensity and Headache Impact Test-6 compared to migraineurs without EDS. 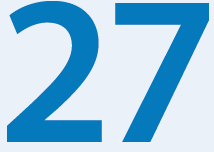 Rapid eye movement (REM) sleep behavior disorder (RBD) can occur in patients with AD, though it does not change the sleep architecture of AD patients, according to a new study. Out of 105 clinically probable AD patients, investigators identified 15 with suspected RBD who then underwent a video-polysomnography (vPSG) examination. They found that one of the patients performed repeated touching of the head and the face with his hands and flailed his arms, while three patients exhibited hand twisting, exploring, prominent limb kicking, and jerking. The fifth patient exhibited all of the characteristics of RBD. Of the five patients, one patient took the acetylcholinesterase inhibitor drug donepezil. Additionally, the patients with AD plus RBD demonstrated increases in both tonic and phasic electromyography activity during REM sleep, but sleep architecture did not differ between the AD plus RBD and AD-alone groups.

Sleep-disordered breathing (SDB) and sleep-wake disturbances (SWD) appear to increase the risk of stroke and affect both short- and long-term stroke recovery and outcome. In a review of sleep studies, investigators offered insights on risk factors as well and therapeutic options for patients with these disorders. Suggesting that SDB is an independent risk factor for stroke, the authors suggested that sleep studies in TIA and stroke patients may be appropriate, due to the high prevalence of SDB (Class IIb, level of evidence B).

They also recommended continuous positive airway pressure for the treatment of obstructive SDB, given the strength of the increasing evidence in support of a positive effect on outcome (Class IIb, level of evidence B). The article also offered a discussion in therapeutics options, specifically highlighting the utility of oxygen, biphasic positive airway pressure, and adaptive servoventilation in patients with central SDB. Looking at recent trends, the authors noted that reduced and increased sleep duration, as well as hypersomnia, insomnia, and restless legs syndrome (RLS) appear to increase stroke risk and that some experimental studies found that SWD may in addition impair neuroplasticity processes and functional stroke recovery. n 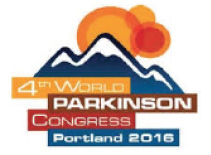 Anti-inflammatory agents could possibly delay progression to a manifest synucleinopathy in patients with idiopathic REM sleep behaviour disorder (IRBD). In a study presented last month at the World Parkinson Congress in Portland, OR, researchers evaluated the in vivo occurrence of neuroinflammation in the brains of patients with idiopathic REM sleep behavior disorder (IRBD) and its temporal relationship with striatal dopamine dysfunction using PET. Patients showed significantly reduced 18F- DOPA tracer uptake compared to control subjects in the putamen bilaterally and similar uptake in the caudate and substantia nigra (SN)s. 11C-PK11195 tracer uptake was significantly increased in the left SN and slightly increased in the right SN. Patients with more severe reductions in putamen 18F-DOPA uptake had significantly higher putamen 11C- PK11195 binding. Also, there was a positive correlation between 11C-PK11195 tracer uptake in the SN and the ipsilateral posterior part of the putamen. The investigators concluded that microglial activation occurs in the SN and in the putamen in IRBD.

Niche No Longer: Bringing Sleep Medicine to the Forefront of Neurological Practice

Keenan Dobbyn is a super sibling caregiver to his brother Connor, who has Sanfilippo syndrome.
Epilepsy Essentials: Metabolic Causes of Neonatal Seizures

2019 Drug and Device Approvals in Neurology
Convention Question: What Aspect of Sleep Hygiene Is Most Difficult For People To Achieve?

2019 Drug and Device Approvals in Neurology
Convention Question: What Aspect of Sleep Hygiene Is Most Difficult For People To Achieve?