Rescue Therapies for Seizures in the Community Setting

With the majority of seizure emergencies occurring outside a medical setting, there is a great need for effective pre-hospital therapies that absorb fast and administer easily.

Status epilepticus is a neurological emergency that requires prompt recognition and early treatment to prevent irreversible brain damage. Ideally, rescue therapies should be easy to administer and delivered in a timely matter while also having a fast onset of action and a short time to achieve its peak concentration. For this reason, intravenous benzodiazepines—commonly lorazepam, midazolam, and diazepam—have naturally become the mainstay of treatment for acute seizures. Intravenous (IV) lorazepam is relatively established as first-line for in-patient settings, however, most seizure emergencies occur in a community setting where IV access can be delayed or unavailable. Therefore, the need for therapies with different routes of administration that can be delivered more feasibly (such as rectal, nasal, sublingual, buccal, and intramuscular) in a pre-hospital setting is high. In this vein, alternative benzodiazepine formulations have become increasingly popular and shown promising results, even for in-hospital seizures. Neurologists should be aware of options for rescue treatment and incorporate the development of a rescue plan into the routine management of seizures.

The only FDA-approved agent for out-of-the-hospital emergencies is rectal diazepam (Diastat), which is available as a gel formulation and administered via plastic syringe. It can be used in different situations (prolonged convulsions, prolonged focal seizures, or repetitive seizures) and in different populations, such as children, the elderly, patients with disabilities, or even independent adults with epilepsy. The most common adverse effects are sedation and respiratory depression at high doses, and limitations to its use mainly include social barriers and difficulty of administration during convulsive seizures, since the removal of clothes and correct positioning often result in delays in treatment. Furthermore, erratic rectal absorption can result in low or delayed peak absorption.1 Diazepam is also available in liquid and tablet forms as an alternative. However, due to potential risk of aspiration, oral and liquid formulations are mostly reserved for subacute emergencies with preserved consciousness to halt further progression, such as in seizure clusters, prodromal events, or in simple-partial seizures before secondary generalization).

Midazolam has been developed in both buccal and intranasal formulations and has shown to be efficacious and safe for the management of emergent seizures,1 but neither are approved by the FDA for use in seizure rescue. Buccal midazolam in its liquid form (Epistatus; not available in the US) is water soluble for rapid absorption, which can be administered between the cheek and gums and is absorbed by the oral mucosa. It carries low risk of aspiration, owing to its small volume of fluid. Although hypersalivation and increased buccal secretions during the ictal phase may potentially result in variable absorption, this agent has been shown to be at least as effective as rectal diazepam for seizure cessation, besides being more socially acceptable.1 Alternatively, intranasal midazolam offers more rapid and direct absorption when compared to the oral route, due to the rich vascularity of the nasal cavity and avoidance of hepatic first-pass metabolism. Intranasal midazolam is mainly for procedural sedation and has shown a favorable side effect profile, including local mucosal irritation and bitter taste in the mouth. Studies so far indicate that it is very effective in terminating acute seizures in adults as a rescue medication for seizures.2 In the pediatric population, intranasal midazolam has also been found more effective than rectal diazepam,3 while also achieving seizure cessation in less time.4

In the hospital setting, intranasal midazolam also appears have advantages. For instance, even though intravenous diazepam is faster in controlling acute seizures, the intranasal formulation of midazolam has resulted in shorter times to cessation of seizures after arrival to the hospital in randomized trials, which is due to its ease of administration.5,6 This is further supported by a recent meta-analysis of non-venous medications used in management of SE which found IM midazolam to be the most effective medication owing to rapid administration and onset of action and IN midazolam was found to terminate more than 90% of seizures within 10 minutes and sustain seizure control for at least an hour in nearly 80 percent.7

Lorazepam, the most common in-hospital agent for acute seizures, also has potential use in the community setting. The tablet formulation can be administered by oral, sublingual, or buccal routes, while the liquid formulation is currently only approved for anxiety, though it can be used in the same routes. In a study comparing IV lorazepam to IN lorazepam, IN lorazepam was found to be non-inferior to IV lorazepam in seizure control and maintaining seizure freedom.8

Intramuscular (IM) formulations are also available for seizure rescue in out-of-the-hospital settings, as they also offer the advantage of easy and quick administration. Lorazepam and diazepam have slow rates of absorption through the IM route, but midazolam can be rapidly absorbed and has been shown to be effective for the treatment of status epilepticus.9 Additionally, it is also safe and efficacious for pre-hospital seizure cessation when compared to intravenous lorazepam.10

For patients with implanted Vagus Nerve Stimulators (VNS), extra stimulation may be useful as a rescue therapy for ictal events, but so far the data are limited. Moreover, VNS remains only indicated for refractory localization-related epilepsy as continuous stimulation for neuromodulation.

Prompt recognition and treatment of a seizure halts progression to status epilepticus and results in improved outcomes, given that effectiveness of medications decreases as the duration of a seizure increases.1 Since most seizure emergencies occur in the community setting, effective pre-hospital treatment relies on the use of fast absorbing and easy to administer drugs. Growing evidence supports the use of non-intravenous benzodiazepines in out-of-the-hospital events, however, so far only rectal diazepam has a formulation (Diastat) approved by the FDA. For the many reasons discussed previously, intranasal, buccal, and IM agents are currently the most ideal formulations for such use and should be commercially available in the near future, which may eventually translate into better acute seizure control and prognosis. n 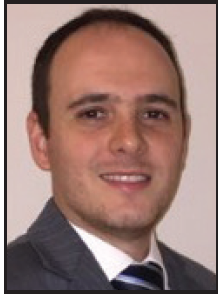 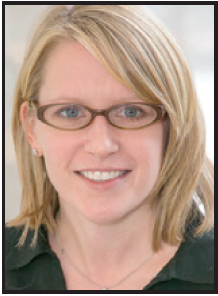 Michelle L. Dougherty, MD is an Assistant Professor of Neurology at Drexel Neurosciences Institute, where she is Director of both the epilepsy program and neurology residency program.

Managing the Turnover: Finding and Hiring the Right Employees

The Cognitive Consequences Of Alcohol Use