In a blow to the emerging class of amyloid-based agents for Alzheimer’s disease, results from the recent EXPEDITION3 trial showed that Eli Lilly’s experimental agent solanezumab did not meet its primary endpoint in people with mild dementia due to Alzheimer’s disease (AD). Researchers were expecting to see patients treated with the agent experience a slowing in cognitive decline as measured by the ADAS-Cog14 (Alzheimer’s Disease Assessment Scale-Cognitive subscale), but the results did not yield a statistically significant decline. Lilly has since suspended plans for regulatory submission, while next steps for the development program have not been decided.

A portable ultrasound device designed for rapid triaging and monitoring of patients with brain disorders has been cleared by the FDA. The Lucid System uses Trans Cranial Doppler to non-invasively assess the brain’s blood vessels from outside the body. The battery powered medical tablet device, which can be performed in a physician’s office and in a range of settings, can help in the diagnosis brain disorders, potentially without the need for additional, more invasive tests, according to manufacturer Neural Analytics. The Lucid System is the first product the company will sell commercially.

The FDA recently approved St. Jude Medical’s Amplatzer PFO Occluder to help reduce the risk of recurrent ischemic strokes in patients diagnosed with a patent foramen ovale (PFO). The Amplatzer PFO is the only device approved in the US for PFO closure and has been shown to reduce their risk of recurrent stroke of stroke by sealing the unwanted hole between the left and right chambers of the heart. Data from the RESPECT trial, an eight-year clinical study of nearly one thousand patients diagnosed with both PFO and cryptogenic stroke, demonstrated PFO closure provides a clinically meaningful patient benefit over medical management alone, and that PFO closure with the AMPLATZER PFO Occluder reduced the risk of recurrent stroke by over half compared to standard medical treatment.

New phase 3 findings suggest that the investigational amyloid-targeted agent tramiprosate may be particularly effective for patients withε4 alleles of apolipoprotein E (APOE4), a genetic risk factor in mild to moderate Alzheimer’s disease (AD). In a study published in The Journal of the Prevention of Alzheimer’s Disease (2016; 3(4): 219-228), investigators evaluated patient subgroups based on the number of APOE4 alleles. The results showed a gene-dose effect at the high dose of tramiprosate (150 mg, twice daily), with patients with two APOE4 alleles (APOE4/4 homozygotes) showing the largest clinical benefit, those with one APOE4 allele (APOE4 heterozygotes) showing an intermediate benefit, an APOE4 non-carriers showed no benefit from tramiprosate. The results represent the first evidence from a large clinical trial to associate efficacy of an amyloid-targeted agent with APOE4 status in AD patients.

The study was sponsored by Alzheon, which is developing ALZ-801, an optimized oral prodrug of tramiprosate. Based on the analyses, the company has refined the design of its pivotal phase 3 clinical trial to evaluate ALZ-801 as a potential disease-modifying agent in symptomatic AD patients who are APOE4/4 homozygotes.

The American Medical Association (AMA) has recently adopted new policies urging further research into the detection, causes, and prevention of head injuries. In particular, the policies encourage efforts to develop diagnostic tools as well as to understand preventive measures that can protect against chronic traumatic encephalopathy (CTE).

During the opening session of its recent Interim Meeting, the AMA honored Bennet I. Omalu, MD, MBA, M.P.H., with the Distinguished Service Award for his work discovering CTE in American football players. Dr. Omalu recognized brain abnormalities in several NFL players who had signs of personality changes or cognitive disorders before dying at an early age. He named the condition CTE, and described the abnormal accumulation of tau protein in the brains of these individuals.

A new saliva test developed by Aurin Biotech could serve as a diagnostic marker for Alzheimer’s disease, according to new findings published in The Journal of Alzheimers Disease (October 24, 2016). The test is based on measuring the concentration of amyloid beta protein 42 (Abeta42) secreted in saliva. Abeta42 is the material which accumulates in the brain of Alzheimer disease cases and causes neuroinflammation which kills brain neurons. In the study, researchers found that those with Alzheimer’s disease secreted more than double the levels of Abeta42 than controls. Additionally, individuals at elevated risk of developing AD secreted levels comparable to the AD cases. “The number of cases studied is small, but our results are so remarkable, we felt they should be made widely available,” explained Dr. Pat McGeer, President and CEO of Aurin Biotech, in a release. “If individuals know they are destined to develop Alzheimer disease, they can initiate preventive measures. These include taking over-the-counter non-steroidal anti-inflammatory drugs such as ibuprofen, drinking coffee, and sticking to a Mediterranean diet.” 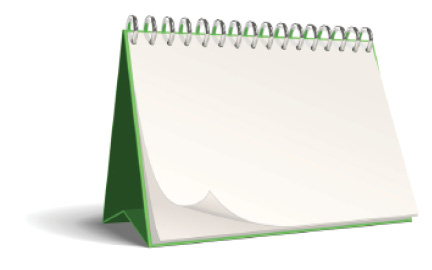 Aging appears to alter how genetic factors contribute to the development of Parkinson’s disease, according to new research that has identified a gene that may increase risk of early onset Parkinson’s disease. Investigating the differences between functional polymorphisms at RS11158026 coding for guanosine triphosphate cyclohydrolase-1 (GCH1), researchers found that T allele carriers showed higher PD risk and earlier age of onset by five years compared to age-matched controls. (Neurobiol Aging. 2016 Oct 13;50:39-46). Carriers also had lower striatal dopamine reuptake transporter uptake, increased cerebrospinal fluid, as well as worse motor function, anxiety, and executive function. Of note, these effects were only in younger T carriers (younger than 50 years), where aging quells the effects of these genetic factors, the researchers found. They suggested that future studies investigate how aging modifies genotypes’ contributions on PD risk and sequelae.

New phase 3 results show that Lyrica (pregabalin, Pfizer) Capsules CV is an effective adjunctive therapy for patients with epilepsy between the ages of four and 16 years of age. Specifically, the results showed that adjunctive treatment with Lyrica 10 mg/kg/day resulted in a statistically significant reduction in seizure frequency versus placebo at 12 weeks. Patients receive Lyrica at a dosage of 2.4 mg/kg/day also experiences a numerical reduction in seizure frequency, however this was not statistically significant. Of note, the safety profile observed in the study was consistent with previous findings, with the most common adverse events being somnolence, weight increase, increased appetite, and pyrexia.

The study was part of the Lyrica Pediatric Epilepsy Program to evaluate Lyrica as an adjunctive therapy for the treatment of pediatric epilepsy. Three studies have been completed in the program and three are actively enrolling. n

New Phase 1 data show that intranasal midazolam spray (USL261, Upsher-Smith) in pediatric participants with epilepsy is rapidly absorbed and with no dose-dependent no differences in maximum plasma concentration. USL261 is being developed for the rescue treatment of seizures in patients who require control of intermittent bouts of increased seizure activity, such as seizure clusters or acute repetitive seizures. It is intended for intranasal delivery and without active inhalation by the patient.

In a presentation at the Child Neurology Society (CNS) annual meeting in Vancouver earlier this year, researchers shared findings demonstrating that USL261, administered as single doses of 1.25 mg, 2.5 mg or 5 mg, were similar in mean maximum observed plasma concentration and time to peak plasma concentration, roughly 35 ng/mL and 15 minutes, respectively. They also observed that area under the concentration time curve (AUC) values were higher in the 5 mg group versus the 1.25 or 2.5 mg groups. The most common TEAEs were somnolence and product taste abnormal.

The findings support the continued development of USL261 in this population, according to the investigators.