Utilization rates of intravenous thrombolysis with recombinant tissue plasminogen activator (tPA) for acute ischemic stroke (AIS) are too low to have a significant population effect, according to a new study. Setting out to estimate the minimum thrombolysis utilization rate needed to decrease the prevalence of stroke-related disability at a population level by using a discrete-event simulation model, researchers used an efficacy model based on time to treatment up to 4.5 hours and drew up four scenarios for the utilization of intravenous thrombolysis in eligible patients with AIS (two percent, 12 percent, 25 percent, and 40 percent) calculating the prevalence of AIS related disability in each scenario, using population based data. They found that a two percent utilization rate yielded a prevalence of disability of 359.1 per 100,000. Increasing thrombolysis to 12 percent avoided 779 disabled patients, while 1,783 disabled patients would be avoided with a 25 percent rate. And finally, the maximum scenario of 40 percent decreased disability to 335.7 per 100,000, avoiding 17 percent of AIS-related disability.

Edge Therapeutics has secured FDA fast track status for EG-1962, its candidate for the treatment of subarachnoid hemorrhage, which is also known as a ruptured brain aneurysm. The company expects to begin enrolling patients in clinical trials in the next couple of months to evaluate the efficacy and safety of the candidate versus oral nimodipine. Patients will be enrolled in North America, Europe, Israel, and Australia.

Intensive blood pressure (BP) lowering may result in a greater likelihood of rapid kidney function decline in patients with lacunar stroke, according to new findings. Researchers randomized 2,610 participants into lower (less than 130 mm Hg) or higher (130-149 mm Hg) systolic BP and evaluated differences in annualized glomerular filtration rate (eGFR) decline and rapid decline (greater than 30 percent). After nine months, achieved systolic BP was 137±15 versus 127±14 mm Hg in the higher versus lower BP group, and differences were maintained throughout follow-up of roughly 3.2 years. Compared with the higher target, the lower BP target had a faster eGFR decline. The results also revealed that differences were most pronounced during the first year, whereas rates of eGFR decline did not differ after the first year. Notably, 24 percent of individuals in the lower BP group had rapid kidney function decline compared with 19 percent in the higher BP group. The authors noted that rapid decline was associated with higher risk for stroke, major vascular events, and composite after full adjustment among individuals randomized to the higher BP target but not the lower BP arm.

A cross-sectional study in North India has identified a pattern of physicians prescribing what the authors refer to as “ineffective neuroprotective” drugs to stroke patients. According to the researchers, the aim of the study was to estimate the proportion of patients being prescribed the non-recommended drugs and to determine any relationship between the economic status of the patient and the prescription pattern.

They evaluated 216 patients with ischemic stroke (71.3 percent male, average age 51.5 years) and found that among poor patients, 36.8 percent received any of the neuroprotective drugs, including citicoline, piracetam, and edaravone. “Both specialist and private hospitals are associated with higher prescription of ‘ineffective neuroprotective’ drugs in both poor and rich patients,” the authors wrote. “Reasons for overprescribing neuroprotective medications need to be studied and remedial measures need to be taken to practice evidence-based medicine.”

A new measure designed to predict large vessel occlusion that’s eligible for endovascular treatment was recently found to be effective. In a new study, patients who experienced consecutive acute ischemic stroke patients who had CT angiography within six and 12 hours of symptom onset, were categorized according to the occlusion site.

Five predictors added significantly to the score, according to the authors: National Institute of Health Stroke Scale at admission, hemineglect, female sex, atrial fibrillation, and no history of stroke and prestroke handicap (modified Rankin Scale score, < 2). Diagnostic accuracy in internal and external validation cohorts was excellent (area under the receiver operating characteristic curve, 0.84 both). 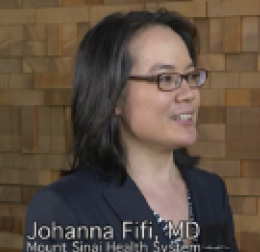 As part of Practical Neurology®’s coverage of the recent American Academy of Neurology Meeting in Vancouver, Johanna Fifi, MD discussed new advances in stroke management, particularly new devices and procedures that will shape the future of care. She also addressed the practical challenges of navigating care networks and facilitating a team-based approach to allow for optimal outcomes.

The percentage chance that a stroke can be “reversed,” to the extent that the patient regains independence, according to Dileep Yavagal, MD, who directed the Update in Endovascular Treatment and Cerebrovascular Diseases course at the recent American Academy of Neurology Meeting. “For the first time, we can in a large percentage of patients who have had very disabling strokes we can reverse the stroke,” he noted, referring to the use of tissue plasiminogen activator (tPA) in thrombolytic therapy. “It’s been proven beyond doubt by five trials in various parts of the world that this is a very effective therapy,” said Dr. Yavagal. The challenge, however, is to ensure that patients have timely access to this therapy. “The availability of this therapy, especially in North America, is not 100 percent,” said Dr. Yavagal.

Look for more insights from Dr. Fifi and Dr. Yavagal in future editions of Practical Neurology®, as part of our continuing coverage of the changing stroke spectrum.