Detecting Atrial Fibrillation: How Long Should Patients Be Monitored?

A Q&A with John Rogers, MD

At the recent American Academy of Neurology annual meeting in Vancouver, BC, John Rogers, MD, cardiologist at Scripps Clinic in La Jolla, CA presented one-year results on the incidence and duration of atrial fibrillation in a large, real-world population of cryptogenic stroke patients with insertable cardiac monitors (Abstract 12.005). The current recommended guidelines for AF detection are 30 days of monitoring within six months of a cryptogenic stroke, but the new data—showing that 72 percent of AF patients would have been undiagnosed if their cardiac monitoring was limited to 30 days—challenge this notion.

Ahead, Dr. Rogers reflects on the significance of the findings and considers future directions for determining the ideal amount of time for AF monitoring.

Can you discuss the phenomenon of cryptogenic stroke and the significance of atrial fibrillation (AF)?

In roughly 25 to 30 percent of all patients who have had an ischemic stroke, physicians are not certain what caused the stroke, according to Dr. Rogers. “We call that an embolic stroke of unknown source, also referred to as a cryptogenic stroke,” he says. Dr. Rogers notes that the concern with these strokes is that a clot or a plaque somehow goes to the brain. Importantly, atrial fibrillation (AF) can cause clots that may result in cryptogenic strokes. The difficulty, according to Dr. Rogers is that AF is asymptomatic in a majority of patients. “Many studies show that up to 90 percent of episodes of AF are actually asymptomatic,” he says. Moreover, only about 15 to 20 percent of instances in which patients think they have AF actually turn out to be AF, whichs suggests that the symptoms are not reliable, he points out. “We know that we need to monitor these patients to find AF, because it will present in a certain number of individuals and they may not even know it,” says Dr. Rogers.

“Since a majority of AF cases are asymptomatic, the question then becomes: How long do we monitor these individuals?” While the current guidelines recommend 30 days as a duration for monitoring, Dr. Rogers notes that results from the CRYSTAL AF study that were presented at approximately the same time as those guidelines were published, found benefit in monitoring for up to three years in individuals who have had a cryptogenic stroke. The study found that 12 percent of patients who were monitored were found to have AF at one year, and almost 30 percent of patients monitored were discovered to have AF at three years. “CRYSTAL AF was presented at the International Stroke Conference (ISC) in February 2014 and was the first large randomized study to indicate long-term monitoring. “If the patients from the CRYSTAL AF study had only been monitored for 30 days, the researchers would have missed a significant number of the AF cases that were discovered over the three-year period,” says Dr. Rogers.

Can you discuss your study and what it contributes to the evolving knowledge regarding AF in cryptogenic stroke?

“If you look at CRYSTAL AF population, those patients had to go through a very rigorous line of testing to be deemed cryptogenic,” says Dr. Rogers. “But in real world, not all neurologists work up cryptogenic the same way.” Dr. Rogers and his team evaluated 1,247 patients who were given an insertable cardiac monitor (ICM) after diagnosis of cryptogenic stroke and were monitored for 365 days. “Regardless of any testing done, all cases were selected with the sole criteria of the doctor’s decision to put in an ICM because of cryptogenic stroke,” says Dr. Rogers. The researchers compared the data to one-year data from CRYSTAL AF and found more AF in the real-world study—in fact, about 16 percent of patients were found to have AF in the real world study, as compared to 12 percent in CRYSTAL AF. “This may be because some individuals who were excluded in CRYSTAL AF for having a blood clot and were on blood thinners, for example, were not excluded in our trial and may have been more prone to AF.”

Dr. Rogers expects that the number of AF cases at three years would exceed the roughly 30 percent of patients who were discovered to have the condition in CRYSTAL AF, and studies are underway to examine that.

Clarifying the significance of the findings, Dr. Rogers points out that they would have missed 72 percent of the cases of AF if they had only monitored for 30 days. “These data validate CRYSTAL AF and support longer use of monitoring, while at the same time suggesting that neurologists may not have to put patients through the same workup to determine candidacy for monitoring,” he notes. “The key message is that if you start with a 30-day monitor, you shouldn’t necessary stop monitoring if you didn’t find AF,” says Dr. Rogers.

If data continue to show the benefit of monitoring for up to three years, Dr. Rogers expects the guidelines to be revised to reflect the growing consensus: “We’re already seeing more and more neurologists favor longer-term monitoring.”

What are the potential drawbacks and broader implications of long-term AF monitoring?

While the procedure to implant the ICM is minimally invasive, says Dr. Rogers, the cost can be high, which is something physicians need to consider as far as patients are concerned. In addition to the cost for patients, physicians should also consider the resources involved in the remote monthly monitoring. “If AF is found, there is morbidity and mortality associated with second stroke associated with embolic mechanisms. After the first stroke, mortality and morbidity is fairly high, but the risks for the second stroke are even higher,” says Dr. Rogers. “So there should be considerations from physicians to account for cost as well as follow-up and the ability to follow those patients and be responsible for the monitoring.”

Once AF is detected, Dr. Rogers notes that the monitor is no longer needed. “Typically when we find AF, we don’t burden the patient with continued monitoring, so we remove the device,” he says. “With benefit being found to monitoring for up to three years, patients should have an understanding of the expectations of monitoring, but that we can stop monitoring if we find AF.”

Based on your findings, can you suggest any next steps either in terms of research or translating these findings into practice?

“Between CRYSTAL AF and the growing real-world registry, we have some compelling research to suggest that longer is better for detecting AF,” Dr. Rogers observes. He also notes that the real-world registry will continue to follow these patients and look at certain timelines to see if they are finding AF at higher incidence.

However, one thing that further studies will likely not reveal, Dr. Rogers points out, is whether AF is the definitive cause of the stroke. “Once we find AF, we can point to a potential reason for stroke, but are we ever 100 percent sure that the AF is the true cause?” While Dr. Rogers doesn’t believe we can ever have true certainty, the clinical concern about a second stroke is is too strong to ignore.

While questions certainly remain about the future of AF monitoring, the benefits of long-term monitoring demonstrated in recent data represent a positive step toward better understanding cryptogenic stroke, according to Dr. Rogers. Further inquiry into AF monitoring offers strong support for the need for specialty-to-specialty interaction, he says. “As we continue to build on the results of CRYSTAL AF, it is important that we continue the dialogue between neurology and cardiology, since cardiologists are likely going to be putting these devices in and following patients until AF is found or not,” says Dr. Rogers. n 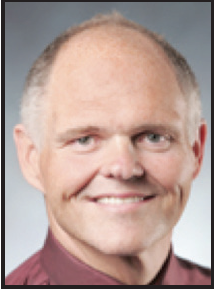