Physician Burnout on the Rise

In a commentary for CNN after the death of Muhammad Ali, Michael J. Fox and Todd Scherer, PhD of the Michael J. Fox Foundation memorialized the boxer and his three decade-long battle with Parkinson’s disease. They also offered a hopeful outlook for the future of treatment. “Curing Parkinson’s disease once seemed impossible,” they wrote. “But momentum is at last on our side. We believe without fail that cures are within reach if we dare to do more, not less. Muhammad Ali showed us what it means to have the heart of a champion. Now is our chance to honor him by finishing the fight he could not.”

Women’s basketball coach Pat Summitt was diagnosed with early-onset diagnosis five years ago, shortly after which she helped launch the Pat Summitt Foundation. In addition to the many tributes to Summitt’s career, several outlets (such as CBS) highlighted the Summit Foundation’s work and offered a deeper look into early-onset Alzheimer’s disease. Later this year, the Pat Summitt Alzheimer’s Clinic will open at the University of Tennessee. “It is our hope that by creating this Alzheimer’s clinic at the University of Tennessee Medical Center, everyone will have access to resources that will help them as they walk through this difficult journey,” Summitt said of the clinic’s creation.

Physician Burnout On the Rise 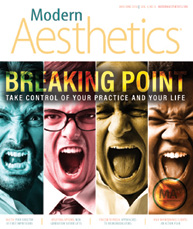 “Those most directly responsible for health and healing tend to forego the very treatment they themselves would recommend to any patient,” says Ms. Miller. “Physicians need to pay attention to their symptoms and do whatever it takes to restore work-life balance—including seeking professional help. Medicine’s culture of invincibility has made it difficult for physicians to attend to their basic mental health needs. The danger is, if unaddressed, there’s a risk of severe depression and a host of other serious personal and professional sequelae. Organizations concerned about physician health and well-being can adopt a proactive approach to identifying burnout among their medical staff by administering anonymous surveys and by investigating other telltale signs of struggle, including reports of behavioral changes or perhaps a decline in performance or patient satisfaction scores.”

Follow @PracticalNeuro for the latest news and research updates in neurology and neuroscience.

Exploring the Use of Cannabidiol in Epilepsy Management