Viewpoints: The Neurology of FDR

Did the only person ever elected to the presidency four times have Guillain-Barré syndrome and epilepsy?

Many of you may have been fascinated by Ken Burns’ superb 14-hour PBS series The Roosevelts that premiered last fall. I was further fascinated on doing a little research into the abundant neurological history of our thirty-second president Franklin Roosevelt. 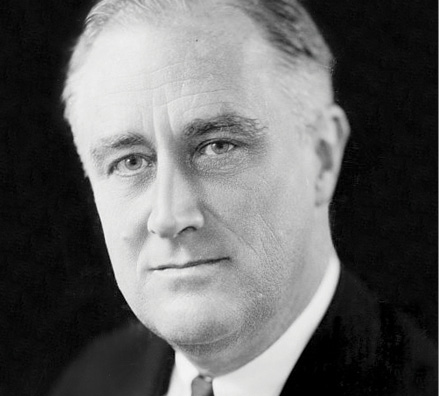 Did FDR Have Polio?

The documentary reviewed the major impact that developing a paraparesis and being diagnosed with polio had on FDR’s life. While campaigning and president, the degree of this disability and FDR’s other medical problems were covered up, which would not be possible in a modern presidency. Interestingly, in Texas, we recently elected a paraplegic governor.

In 1938, FDR founded the March of Dimes (a name coined by vaudeville star Eddie Cantor as a play on the contemporary newsreel series, “The March of Time”) to raise money for research. It was hugely successful, culminating in the approval of the Salk vaccine in 1955 and a change in mission of the organization.

At the age of 39, in 1921, FDR developed weakness then paralysis of one leg and then the other, fever of 102 degrees, diffuse achiness, numbness of the legs, and sensitivity to touch of the skin and muscles. Over the next few days, he developed weakness all over, including the face, and urinary and fecal incontinence. He had no meningismus. A cerebrospinal fluid examination was not performed.

He gradually had some recovery. By May, 1923, his arms, face, and neck were normal. Bowel, bladder, and sexual function were normal. The abdominal muscles were weak, the hip flexors were poor, there was paralysis from the waist down, and trace movement of the toes.

Goldman et al, including Texas City neurologist Elisabeth Schmalstieg,1 analyzed FDR’s case in detail and concluded that he probably had Guillain-Barré syndrome. Among the arguments against FDR having polio include the facts that polio uncommonly affected adults, caused asymmetric paresis, was not associated with numbness or dysesthesias, was usually associated with meningismus (absent in this case), and usually progressed over three to five days (while FDR progressed over 10-13 days).

FDR did have fever, which can be associated with Guillain-Barré.2 FDR’s physicians were polio experts who likely were not familiar with Landry’s ascending paralysis (reported in 1859), described again by Guillain, Barré, and Strohl in 1916.

Did FDR Have Essential Tremor?

Starting in 1943, FDR was noted to have an action tremor that affected his handwriting.3 His mother, two of his sons, and a daughter also had a tremor. On August 18, 1944, Senator Harry Truman observed, “In pouring cream in his tea, he got more cream in the saucer than he did in the cup.” In October 1944, Ambassador Joseph Kennedy noted, “His hands shake violently when he tries to take a drink of water.”

Did FDR Have Epilepsy?

Lomazow reports many observations consistent with a diagnosis of partial complex seizures in 1944 and 1945.3 In 1944, a reporter named Catledge described a meeting, “When I entered the president’s office … he was sitting there with a vague glassy-eyed expression on his face and his mouth hanging open. He would start talking about something, then in midsentence he would stop and his mouth would drop open and he’d sit staring at me in silence … Repeatedly he would lose his train of thought, stop, and stare blankly at me. It was an agonizing experience for me.” [Agonizing for him—Catledge met with Roosevelt prior to his nomination to a fourth term. Catledge would soon be the editor of the New York Times. None of this became public. FDR did of course choose a new vice president who made momentous decisions as president.]

FDR was prescribed phenobarbital between 60 and 90mg daily from the beginning of April 1944, allegedly for hypertension.

Did FDR die from a massive
cerebral hemorrhage?

On April 12, 1945, while at the Little White House at Warm Springs, GA, FDR said, “I have a terrific pain in the back of my head,” and collapsed, unconscious, and died two and a half hours later. He was diagnosed with a massive cerebral hemorrhage. He had a history of uncontrolled hypertension including 230/126 in 1944.

Lomazow produces interesting evidence to speculate that maybe he really had a right hemisphere metastasis from a melanoma from above his left eyebrow.3

While a junior at Harvard, James Roosevelt, the son of the governor of New York, became engaged to Betsey Cushing, the daughter of Harvey Cushing, the Moseley Professor of Surgery at Harvard Medical School and surgeon-in-chief at Peter Bent Brigham Hospital, the dominant figure in neurological surgery in the world.4 The two future fathers-in-law exchanged letters.

Cushing: “I should have known something of this kind would happen if we came here to Boston to live—that one of my daughters would ‘take up’ with a Harvard Democrat when there are so many desirable Yale Republicans in that part of the country where we really belong.”

In a later letter from FDR: “My better half has made a demand that within three days I give her a complete list of all political and business associates whom I have shaken hands with during the past twenty-five years, in order that they may be invited to your wedding! I want to go on record as expressing my gratitude to you for paying for the event!”

The 1930 wedding reception was held at the Cushing home with 1,000 guests including leaders in the worlds of diplomacy, medicine, politics, and society.

In 1936, after Cushing had moved to New Haven, FDR was campaigning and went to Cushing’s house for lunch one day with 35 people including Eleanor and Betsey Roosevelt, the governor of Connecticut, the mayor of New Haven, and the Attorney General. Their correspondence over the years in Rovit and Couldwell’s article is interesting to read. Cushing lobbied FDR on a variety of medical issues.

In April 1939, the Harvey Cushing Society (now known as the American Association of Neurological Surgeons) held their annual meeting in New Haven and had a dinner to celebrate Cushing’s 70th birthday. FDR could not attend but sent a letter which read in part, “I realize, of course, that in these later years Harvey Cushing has labored under that most severe of all human handicaps—relationship with the President of the United States. His courage and cheerful disposition in the face of this travail proves his eternal greatness.”

Cushing died of a heart attack on October 7, 1939. James and Betsey had two children and divorced in 1940. Betsey married John Whitney who was later the ambassador to Great Britain. James Roosevelt had several remarriages and divorces and was a six term United States Congressman. Cushing’s eldest daughter, Mary, was married for a time to Vincent Astor, one of the richest men in the country. His third daughter, Barbara, married William Paley, the CEO of CBS, in 1947. n

Seizures and Surgery: From Prophylaxis to Quality of Life

Helmets, Sensors, and More: A Review