Keenan Dobbyn is a super sibling caregiver to his brother Connor, who has Sanfilippo syndrome.

The cover art was drawn by Keenan Dobbyn, age 9, who drew himself and his older brother Connor, age 11, playing soccer, an activity they often enjoy together—at least for now, for as long as they can. 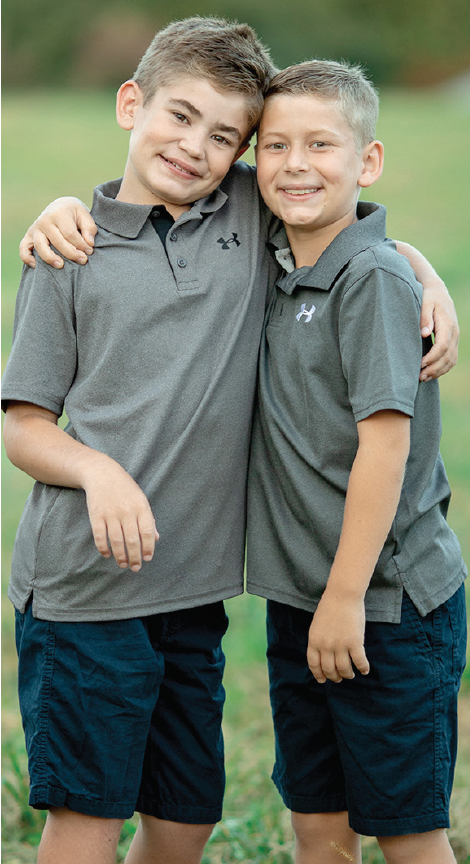 Connor is living with mucopolysaccharidosis type III (Sanfilippo syndrome)—a rare genetic lysosomal storage disease that causes progressive neurodegeneration in childhood. Cognitive decline is followed by seizures and loss of motor function with life expectency into the teenage years.To help others understand what is happening to Connor, his family describes his condition as being like childhood Alzheimer disease.

Like so many family members of those with neurodegenerative conditions, Keenan is a caregiver, taking on the role of the “younger-older brother,” and is Connor’s greatest protector and biggest fan. Keenan loves sports, plays video games, and watches American Ninja Warrior Junior, secretly hoping he can compete someday. He is also one of the kindest, brightest, most inclusive, patient, and understanding kids—a super sibling to Connor.

Connor has lost cognitive abilities and functions at a typical kindergarten level. He loves watching Paw Patrol and PJ Masks (not surprisingly, Connor Catboy is his favorite character!) and playing with his marble track and Hot Wheels cars. Connor has a heart of gold and the biggest and brightest smile. He is silly and naturally curious and gives the best hugs to anyone and everyone.

Together, Connor and Keenan are quite the pair, with a sibling relationship unlike any other. They mutually protect one another, truly love each other and fully appreciate each other. It’s a bond that can’t be lost.

Keenan and his family are raising money to fund clinical trials for Sanfilippo syndrome and hope to do so in time to find a treatment that can save Connor.