President-elect Donald Trump has selected US Representative Tom Price, MD to lead the Department of Health and Human Services. Mr. Price is an orthopedic surgeon and a vocal critic of the Affordable Care Act (ACA) who has argued in favor of its full repeal. He has put forth an alternative healthcare plan based on tax credits to boost health-savings accounts and bring down medical spending.

President-elect Trump on the campaign trail promised a full repeal of the ACA, but he has since signaled support for preserving two signature elements of the law: The mandate preventing insurance companies from refusing coverage to individuals with pre-existing conditions, and the allowance for individuals to remains on their parents’ health insurance plan until the age of 26. 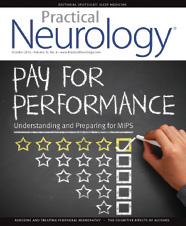 “It remains to be seen if MIPS achieves its designed goals, nevertheless we have seen some steps of progress to show that CMS is willing to adapt.”

Beware of Your CPA's Advice on Asset Protection