As the therapeutic spectrum for multiple sclerosis (MS) rapidly expands, continued inquiries into the disease offer new insights regarding the impact of various external elements on the condition.

The findings of a recent study, for example, suggest that insufficient vitamin D levels in pregnancy may increase the risk of MS in offspring (JAMA Neurol. 2016 May 1; 73(5): 515-9). Researchers measured 25(OH)D levels using a chemiluminescence assay in 193 individuals with a diagnosis of MS whose mothers had an available serum sample from the pregnancy; 70 percent of these were collected in the first trimester. The mean maternal vitamin D levels were in the insufficient vitamin D range, but higher in maternal controls than case samples (15.02 ng/mL versus 13.86 ng/mL). Importantly, maternal vitamin D deficiency (i.e., 25[OH]D levels less than 12.02 ng/mL) during early pregnancy was associated with a nearly two-fold increased risk of MS in the offspring compared with women who did not have deficient 25(OH)D levels. There was no statistically significant association between the risk of MS and increasing serum 25(OH)D levels.

Elsewhere, the role of diet in MS has also been the subject of much research and discussion. In particular, salt appears to directly impact Th17 cells, thus influencing inflammation (Exp Neurol. 2016 May; 279:212-22). Using in vitro assays for myeloid dendritic cell maturation, dentric cell cytokine production, T cell activation, and ex vivo analyses in murine experimental autoimmune encephalomyelitis (EAE), researchers found that an excess of 40mM sodium chloride affected neither the generation, maturation, nor the function of dentritic cells, but, in different assays, significantly increased Th17 differentiation. “During the initiation phase of MOG35-55 EAE,” the authors wrote, “we did not observe altered DC frequencies or co-stimulatory capacities in lymphoid organs, while IL-17A production and Th17 cells in the spleen were significantly increased.” Complementary ex vivo analyses of the spinal cord during the effector phase of EAE showed increased frequencies of Th17 cells, but did not reveal differences in phenotypes of CNS invading dendritic cells, they further observed. “These data may further fuel our understanding on the dietary impact on different immune cell subsets in autoimmune diseases, such as multiple sclerosis,” the authors concluded.

Recently filed claims against the National Collegiate Athletic Association (NCAA) as well as several universities and athletic conferences are seeking compensation on behalf of classes of former athletes for failing to inform student athletes about the dangers of concussion. The national plaintiffs litigation firm Raizner Slania LLP alleges that the NCAA, as well as conferences including the Big 10, SEC, PAC-12, WAC, and several universities, breached their duties to student-athletes by concealing the dangers of concussions and failing to implement appropriate safety protocols in a timely fashion. In particular, it is alleging that the NCAA along with the conferences and universities, have been aware that severe head impacts can lead to long-term brain injury.

Adzenys XR-ODT (Neos Therapeutics, Inc.) is now available to prescribe for patients with ADHD in the US. Approved in January 2016, Adzenys XR-ODT is indicated for the treatment of ADHD in patients six years and older and is the first extended-release orally disintegrating tablet (XR-ODT) for the treatment of ADHD. It is available in six dosage strengths and has the convenience of once-daily dosing.

“The availability of the first and only extended-release orally disintegrating tablet for the treatment of ADHD represents a significant milestone for patients and families that struggle with ADHD,” said Thomas McDonnell, Chief Commercial Officer of Neos, in a statement. “Adzenys XR-ODT offers patients, caregivers, and health care providers an important new option for the treatment of ADHD that was designed with patients in mind.”

ViroMed is anticipating the publication of data from the Phase 1/2 trial of VM202 in ALS in the second half of the year. The company also expect to submit an Investigational New Drug (IND) application for a Phase 2 trial by the end of this year. 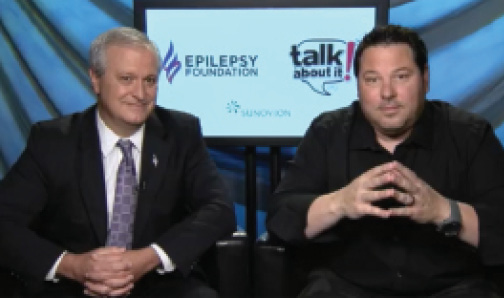 The Alzheimer’s Drug Discovery Foundation (ADDF) and The Association for Frontotemporal Degeneration (AFTD) are teaming up on a $10 million investment to develop effective treatments for frontotemporal degeneration (FTD). The initiative is funded by The Lauder Foundation and the Samuel I. Newhouse Foundation, with each group committing $5 million to create the Treat FTD Fund, which will accelerate clinical trials for FTD over the next decade. The fund has the potential to advance treatments for other neurodegenerative diseases, such as Alzheimer’s disease, ALS, and Parkinson’s disease. According to the organizations, the initiative will build on recent successes in early-stage drug discovery and biomarker development that make clinical trials possible and encourage more funders to invest in drug research for FTD and other neurodegenerative diseases. A “Request for Proposals,” expected to be announced this summer, will be available at www.alzdiscovery.org and www.theaftd.org. n

Upsher-Smith has commenced the first clinical study of its novel small molecule CXCR4 antagonist USL311 in patients with advanced solid tumors. USL311 is a potent and selective small molecule antagonist of the chemokine receptor 4 (CXCR4), a G-protein coupled receptor that is activated by stromal-derived-factor-1 (SDF-1). CXCR4 is overexpressed in many tumors. The agent has already received Orphan Drug Designation in the US for the treatment of Glioblastoma Multiforme (GBM).